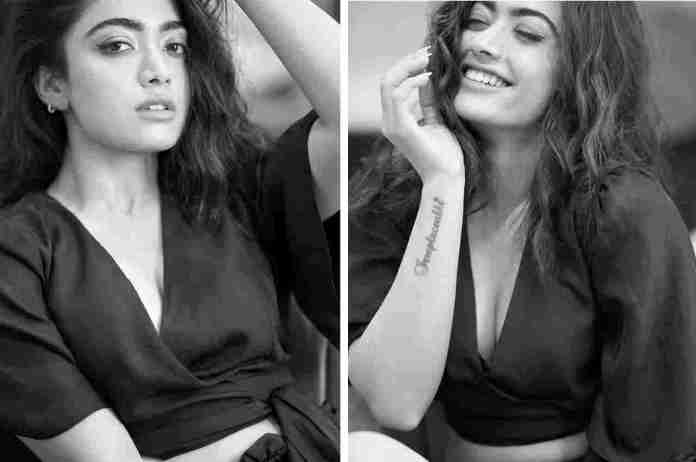 New Delhi: Rashmika Mandanna is internet’s new sweetheart. The young diva, who is yet to make her Bollywood debut, is already a fan favourite. She often takes to Instagram to share drool-worthy pictures and fans always wait with bated breaths to get one glimpse of Srivalli.

Rashmika, too, never disappoints fans and always treats them with the most delightful posts. From cute dresses to traditional fits to modern day women, Rashmika has her look book figured out. In the recent, Rashmika has treated fans with yet another sizzling pic. In the new pic, the Pushpa actor is dressed in a crop top with plunging neckline and shorts. The set of pictures has Rashmika channeling her various moods, ranging from funky to sultry. Check out Rashmika Mandanna’s pictures below:

Earlier, Rashmika had shared another stunning picture from Abu Dhabi. The actor was seen posing in a yellow sweater and printed black trousers. The pictures had Rashmika in a fun mood as she was grinning from ear to ear in the pics. Scroll down to see her lovely smile:

Rashmika Mandanna has finished her fifth year in show business. She began her career in 2016 with the Kannada film Kirik Party and has since acted in more Telugu films. Rashmika has Animal, a film in which she co-stars with Ranbir Kapoor. In addition to ‘Animal,’ Rashmika will make her long-awaited Bollywood debut in ‘Goodbye,’ alongside Amitabh Bachchan. She is also working on the sequel to ‘Pushpa,’ as well as ‘Mission Majnu’ with Sidharth Malhotra and ‘Varisu’ with Vijay Thalapatty.

It was also reported that Rashmika has teamed up with Tiger Shroff for Karan Johar’s Screw Dheela. On July 25, Karan Johar gave a glimpse of Tiger Shroff starrer as he dropped the teaser. The film is directed by Shashank Khaitan.