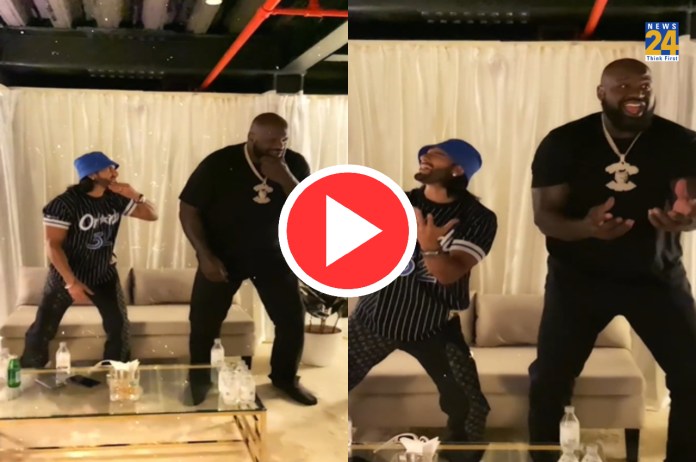 New Delhi: Bollywood star Ranveer Singh became the NBA Brand Ambassador for India in 2021 and ever since he has often been spotted at major NBA events across the world. During his journey, he is having a blast interacting with the basketball stars.

The 83 actor recently shared a video on his Instagram, in which he is seen dancing with NBA legend and former American basketball player Shaquille O’Neal aka Shaq, the two were grooving to the song Khalibali from the film Padmaavat.

Taking to comment section, many celebrities took to the comments section to react to the video. Varun Dhawan called it, ‘The shaq attack’, while Chitrangda Singh wrote, “Hooopin it !!”

Look at some other comments below:

Earlier, the Ram Leela actor shared a video in which he can be seen dancing with NBA star Giannis Ugo Antetokounmpo to Tattad Tattad. In the clip, he is teaching the dance steps of Tattad Tattad to Giannis. Well, there is no match for Ranveer Singh’s energy. On the other hand, the NBA star is trying his best to keep up with him.

While sharing the clip he wrote, “The Greek Freak gettin’ his Tattad Tattad on! @giannis_an34.”