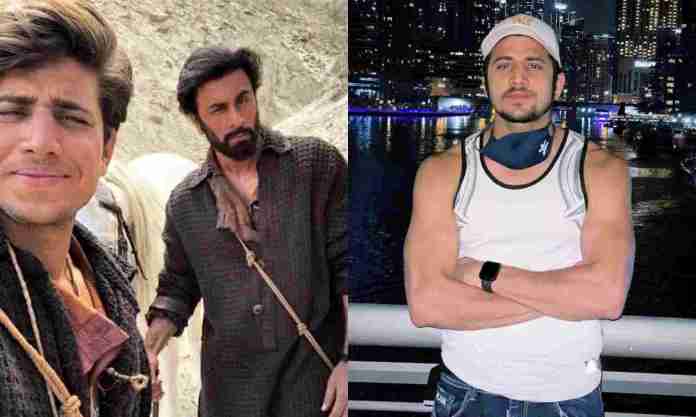 New Delhi: Ranbir Kapoor’s first film in four years, Shamshera, continues to remain a topic of hot discussion on the internet. Mounted on a budget of Rs 150 crore, the film tanked at the box office, thrashing expectations of cine-goers and Bollywood fans. Amid this, netizens have come across a viral picture of Ranbir Kapoor posing with his body double. While Ranbir always garners much attention for his charm, it’s his body double who has hogged limelight for his looks. The handsome hunk has been identified as Anis Mirza.

Seems like Anis Mirza already has scored his next project already. Anis will also be working with Ranbir Kapoor in Brahmastra. His notable works include Bharat, Baaghi 2, and War. He primarily works as an assistant stunt coordinator and body double, but his mesmerising blue eyes as well as heartthrob looks have captured the attention of netizens. Check out his pictures below:

Talking about Ranbir Kapoor, after giving a mind-blowing performance in Sanju as Sanjay Dutt in 2018, Ranbir Kapoor returned to the big screens after four years with Shamshera. The periodic action film was directed by Karan Malhotra and produced by Aditya Chopra under Yash Raj Films.

Theerppu Trailer Out: Prithviraj’s next is an intriguing tale with troubled past