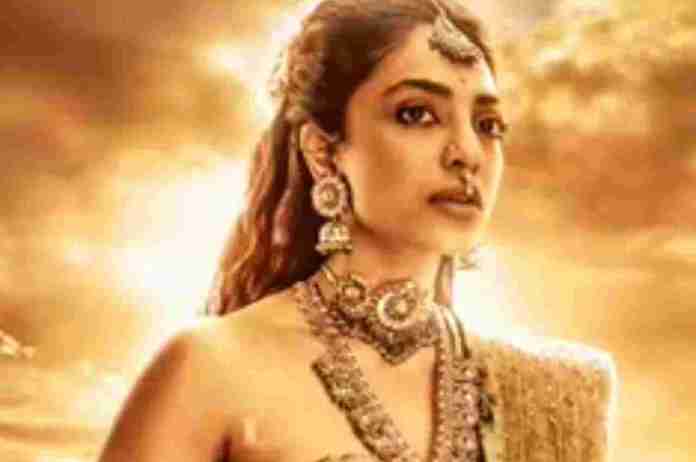 New Delhi: The first look of Sobhita Dhulipala as Vanathi from the upcoming historical drama, Ponniyin Selvan I, has been released by the makers on Sunday. Sobhita will soon be seen in Mani Ratnam’s magnum opus. The actor, who is best known for her role in Zoya Akhtar’s web series Made in Heaven, also posted her first look from Ponniyin Selvan I on Instagram. Deemed as one of the most-ambitious project of Mani Ratana, the film is scheduled to hit theatres on September 30. It also stars Karthi, Vikram, Jayam Ravi, Aishwarya Rai, and Trisha in pivotal roles.

Sobhita Dhulipala revealed her appearance as Vanathi in Ponniyin Selvan I on Instagram on Sunday. The actor appeared regal in the movie poster as she wore a thick saree and beautiful jewellery. “Quick-witted, courteous and so much more than what meets the eye! Presenting @sobhitad as Vanathi! In theatres on 30th September in Tamil, Hindi, Telugu, Malayalam, and Kannada!” she captioned. Take a look:

Rajaraja Chola I of the Chola dynasty is the subject of the movie Ponniyin Selvan I, which is based on Kalki’s epic novel of the same name. Lyca Productions will be releasing it; Mani Ratnam’s Madras Talkies produced it. Aishwarya Rai will play Nandini, Vikram will play Aditya Karikalan, Karthi will play Vanthiyathevan, Trisha will play Kundavai, and Jayam Ravi will play Arunmozhi Varman in the project. Ponniyin Selvan I has a score by Oscar-winning musician A R Rahman.