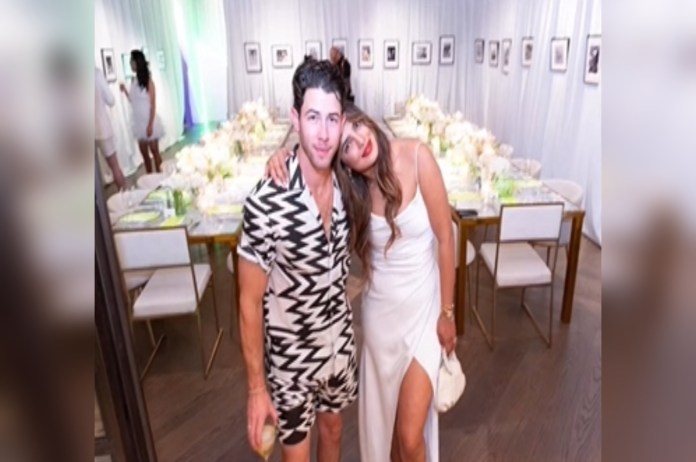 Priyanka shared a video in which a bunch of photos from the birthday celebrations has been seen. While sharing the post, Priyanka wrote, ” Happiest birthday my love. May you always have joy in your life and a smile on your face. I love you @nickjonas. This was a weekend that made my heart so full. It started with wanting to celebrate my husbands 30th but ended up being so much more. All for NJ’s friends and family filled the room with so much love and joy.”

She further added, ” @scottsdalenational you are our home away from home. I cannot thank you all enough for helping me pull off the perfect celebration of an incredible man. Bob and Renee your grace is obvious with how your team looks after us. Keisha, Shaun, chef Mel, Kristin, Jamie, Matias, Zach, Tom Reggie, chris, Jim, and everyone else! You rock!”

The couple married each together in 2018 in Hindu and Christian ceremonies. Earlier this year, they both welcomed their first child, daughter Malti Marie Chopra Jonas, via surrogacy.

Priyanka has international projects such as It’s All Coming Back To Me, and the series Citadel. Produced by Russo Brothers, Citadel will hit the OTT on Prime Video. Talking about Bollywood, she will be seen in Farhan Akhtar’s Jee Le Zaraa, opposite Alia Bhatt and Katrina Kaif. The film is reportedly going on floors around September 2022 and is expected to release in the summer of 2023.