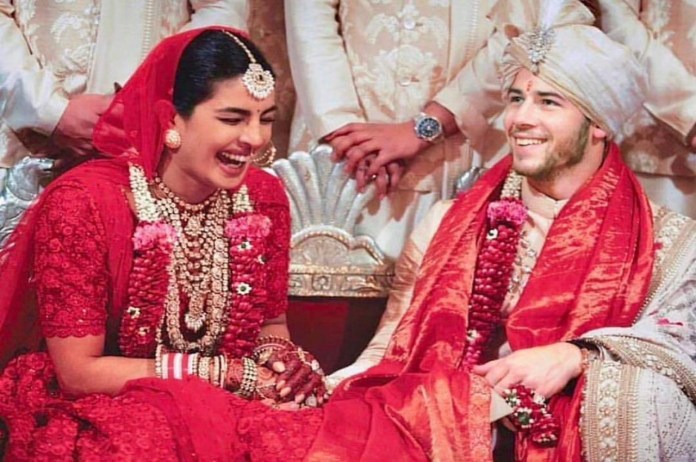 New Delhi: Global star ​​Priyanka Chopra and Hollywood singer Nick Jonas are one of the power couples, fans always jump with joy when they see them together. As per reports, Nick has proposed to Priyanka several times. Whereas today Priyanka Chopra and Nick Jonas have completed four years of marriage, and on this special day, here is their love story.

Priyanka was born in 1982, and Nick was born on 16 September 1992. Nick Jonas is a singer by profession and, along with his brothers formed a musical group which is quite famous today. In 2016, Nick Jonas wrote something to Priyanka Chopra on Twitter. That tweet reads, ”Many friends told me that I should meet you, what do you think?” From here, their friendship started.

They both again met each other at a party in 2017. During the party, when he saw Priyanka, he said, ‘You are really like this, where were you before coming in my whole life.’ After this, they both started meeting each other frequently and understanding each other. After two meetings, the third meeting took a memorable place.

Nick had proposed in a special way

Nick Jonas proposed to Priyanka Chopra in the third meeting. With this, he announced his engagement. Nick had said, ‘I say it once again on my knees. Will you marry me by making me the luckiest man in the world.’ After this Nick Jonas said, ‘Now I am going to put this ring on your finger if you don’t mind.’ And then Priyanka said yes.

There were many talks on social media regarding the age of Priyanka Chopra and Nick Jonas, but it is said that love is given to someone, and everything is fair in love. Just then both of them got married on December 1, 2018. It was a grand wedding which was attended by all the stars of the cinema world. Not only this, but the country’s Prime Minister Narendra Modi also reached Priyanka Chopra and Nick Jonas’ wedding reception to bless them.