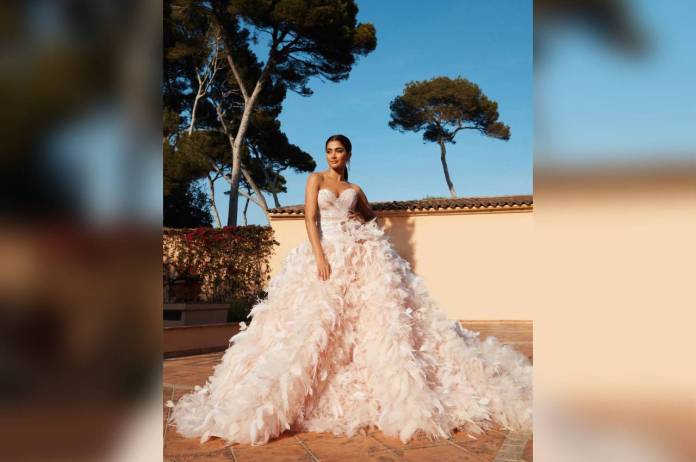 New Delhi: Pooja Hegde is off colour as the actress has suffered a ligament tear. Sharing a picture of her injured foot, Pooja Hegde informed her fans that she is not well. Taking to her Instagram story, Pooja wrote, “Ohkayyy then Ligament tear.” Meanwhile, the actress will be on a bed rest now.

Pooja Hegde is currently shooting for Salman Khan’s film Kisi Ka Bhai Kisi Ki Jaan. The actress also celebrated her 32nd birthday on the sets of the movie. Actors Salman Khan and Venkatesh Daggubati were also present. The clip of the celebration also made it to the internet and was adored by fans.

A video of Salman Khan and Venkatesh Daggubati cutting the cake with the diva and singing “Happy Birthday” song for her on the film’s set has surfaced on social media.

In the video, the birthday girls forces the two stalwarts to eat the cake, and Salman Khan is heard exclaiming, “wonderful, gorgeous.” The makers captioned the video on Twitter, “Wishing the stunning @hegdepooja a very Happy Birthday from the team of #KisiKaBhaiKisiKiJaan.”

While talking about her birthday plans this, Pooja told IANS, “I think there wouldn’t be a better way to step into a new year, doing what I love, shooting. Plus, on-set birthdays have its own fun.”

On the work front, Pooja will be also seen alongside Mahesh babu in Trivikram Srinivas’ directorial SSMB28. She will also play the female lead in Vijay Deverakonda starrer Jana Gana Mana. Helmed by Puri Jagannadh, the drama is yet to go on the floors.

In addition, Pooja Hegde also has the Ranveer Singh-led Hindi drama Cirkus in the making.With her foot injury, it remains to be seen when will the actress be able to get back to work.