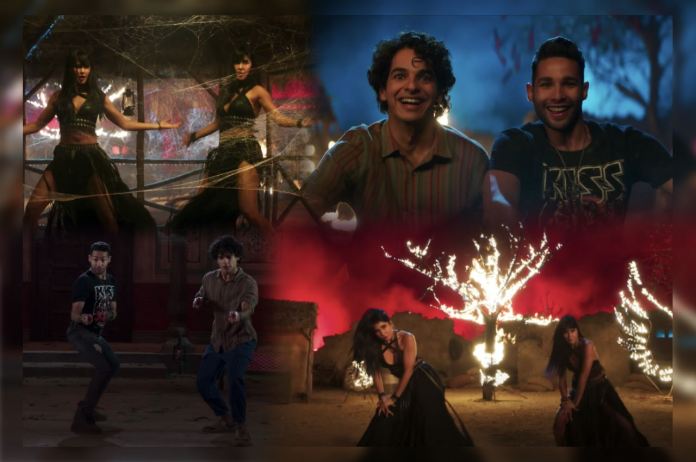 New Delhi: Bollywood stars Katrina Kaif, Siddhant Chaturvedi and Ishaan Khatter’s film Phone Bhoot has been in the headlines for a very long time. Fans are eagerly waiting for this film, and just to calm fans’ excitement the makers recently released the second song, ‘Kaali Teri Gutt’. Soon after the song was dropped on the internet, it has become a rage on social media.

In the song ‘Kaali Teri Gutt’, Siddhant Chaturvedi and Ishaan Khattar are seen doing tremendous Bhangra with a witch. After some time, there is the entry of Bollywood actress Katrina Kaif who dances with both of them as ghosts. In the video, Katrina Kaif donned a black outfit in which she is creating a ruckus. The moves of the actress are making people crazy.

In the song ‘Kaali Teri Gut’ from ‘Phone Bhoot’, the trio of the three has become a rage on social media. Fans are very fond of this song. Earlier, the song ‘Kinna Sona’ from the film was out in which Katrina Kaif’s killer look was seen. Bollywood star Katrina Kaif has also shared this song on her Instagram account, which is getting a lot of likes. While sharing the video she wrote, “Black is your gut and your paranda is not red. These queens of form do not handle strangers (In Hindi) #KaaliTeriGutt out now.”

About the film Phone Bhoot

‘Phone Bhoot’, is a horror comedy film, directed by Gurmeet Singh and produced by Ritesh Sindhwani-Farhan Akhtar. Phone Bhoot film was supposed to release last year, but due to Covid-19 its release was postponed and now it is all set to release on November 4, 2022.

In this film, Katrina Kaif will scare everyone by becoming a ghost. At the same time, it is to be seen how much people like this avatar of her.