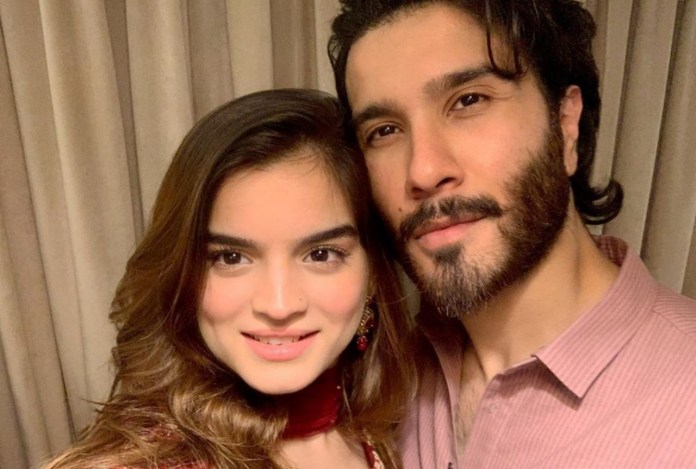 Now, Syeda Aliza has officially announced her divorce, opening up about her abusive relationship with the actor. Aliza got massive public support in return. Calling her wedding with the Ishqiya actor an ‘utter chaos’, Aliza said that on many occasions she had to face physical abuse, adding she is taking this step for the future of her children.

“Our marriage of four years was an utter chaos. In addition to a continuous physical and psychological violence during this, I had to endure infidelity, blackmail and degradation at my husband’s hands. After careful consideration, I have reached the sad conclusion that I cannot spend my whole life in this horrific manner,” she said.

Further, Aliza Sultan added she is taking this decision to protect her children as she does not want them to grow up in a toxic household.

“The welfare and wellbeing of my children have played a significant role in this decision. I do not want them to grow up in a toxic, unhealthy and violent household. I’m afraid that their mental development and approach to life would be negatively impacted by exposure to such hostile environment. No kid should ever have to grow up feeling violence to be a normal part of relationships. I would rather teach them no wounds are too deep to be healed, no scars too shameful to be concealed at the cost of one;s safety,” she added.

Meanwhile, in his statement, Feroze wrote, “As a Law-abiding citizen of Pakistan I have full confidence in the justice of the Court. Our divorce was finalized on 3rd September, 2022, after which I filed a family law case, asking for Custody of and visitation rights pertaining to my children Sultan and Fatima in the 8th Family Judge District, East Karachi on 19 Sep 2022. Today, on 21 September, 2022, the Court heard both parties and allowed me to spend time with my children Sultan and Fatima for half an hour in his presence. The Court then adjourned the matter till 1st October, 2022, on which date it will resume further proceedings related to visitation rights whereby I can continue to meet my children. As concerns my ex-wife, I shall extend her my respect and support, as she is the mother of my children”