Of sunrise, coffee and friends, Sara Ali Khan sums up her 24 hours in NYC 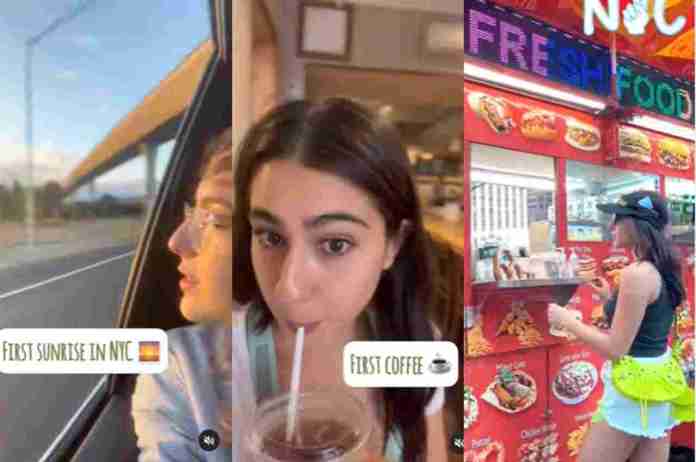 New Delhi: Sara Ali Khan on Monday took to Instagram to share glimpses of her 24 hours in New York. The Kedarnath actor, who is an avid traveler, shared a sneak peek into what she ate, where she went and who she met in 24 hours in her ‘favourite city’. From first sun rise in the city to first coffee to meet cute with friends, Sara had quite an event ful day in the NYC. Sharing the video, Sara Ali Khan captioned, “My favourite things in my favourite city.” Check out Sara Ali Khan’s video below:

Earlier, Sara had taken to Instagram to share pictures from her holiday. The Atrangi Re actor shared a series of photos and videos from her trip. In one of the photos, she was seen in a restaurant with her friends in New York. The actress posed for the picture and wrote, “Welcome to NYC (New York City).” She also shared a collage of her meal in the same Story, writing, “It’s been a hot second since I ate hot food that wasn’t plane muselli (sic).” 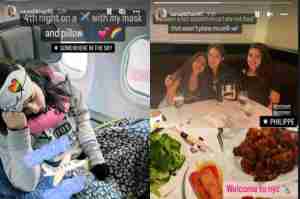 Prior to this, Sara shared a jet lagged picture of herself after she spent four nights in a row on a plane. Taking to her Instagram Stories on Sunday, the actor had shared a video after she landed in Atlanta, Georgia.  Sharing the video, Sara wrote: “I truly ‘woke up’ like this… Jet lag is real.”

A few hours later, Sara shared a video from Pleasanton writing, “Many hours later… Clearly, I’m loyal to the pillow and the outfit #traveldiaries.”

Meanwhile, on the work front, Sara was last seen in Atrangi Re with Dhanush and Akshay Kumar. Up next, she has  Pawan Kripalani’s Gaslight with actor Vikrant Massey. Sara also has an upcoming project with actor Vicky Kaushal, directed by Laxman Utekar.