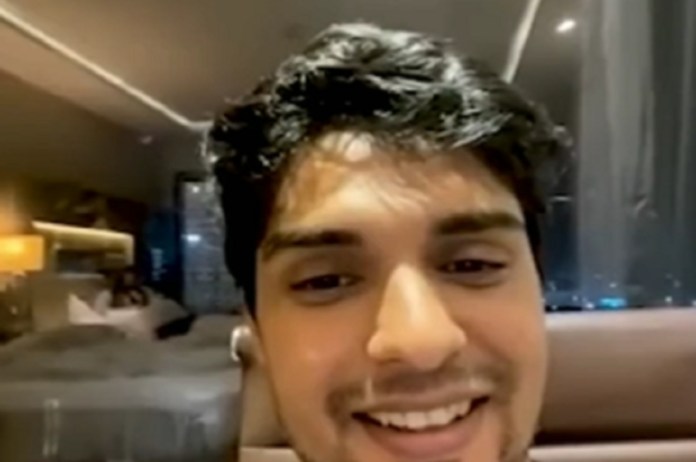 New Delhi: Ankit Gupta, who is recently evicted from ‘Bigg Boss 16’, has once again come into the limelight. Ankit came out of the house and did live, during this a girl was seen on his bed. Seeing this, there has been an uproar on social media. Along with this, many questions are being raised on Ankit’s relationship with Priyanka Chahar Chaudhary.

Ankit Gupta is seen giving an interview in the viral video. At the same time, this clip has come in the limelight because a girl is seen on the bed in the background of the clip. However, Ankit gets the camera angle right. Despite this, everyone’s eyes are fixed on that girl and the clip is going viral on Twitter. After watching the video, people have started a series of reactions.

You guys are spreading shit Ankhein khol ke dekhlo as his PR dishita said there were 5 People during the interview Kindly stop saying shit about him for god sake.

Spread this
BB WE WANT ANKIT BACK #AnkitGupta #Priyankit #PriyankaChaharChoudharypic.twitter.com/IuYvz0QVBk

After watching the video, people are asking whether the girl seen in the clip is Ankit Gupta’s girlfriend? If this is true then what was Ankit’s relationship with Priyanka Chahar Chowdhary in ‘Bigg Boss 16’ house. Some have even said that Ankit Gupta was only faking friendship and love with Priyanka in the BB house. On the other hand, some have claimed that now Priyanka Chahar’s card has been cut.

Fans in support of Ankit Gupta

Ankit Gupta is being trolled fiercely since the viral video. However, now Ankit’s fans have come out in his support. Another shared the full video saying that there were 5 people present in the room when the actor was giving the interview. Not only this, a request has been made not to spread rumors with the video. Please tell that Ankit Gupta has been evicted not because of public vote but on the basis of voting of the family members. #BringBackAnkitGupta has been trending on Twitter ever since Ankit came out.