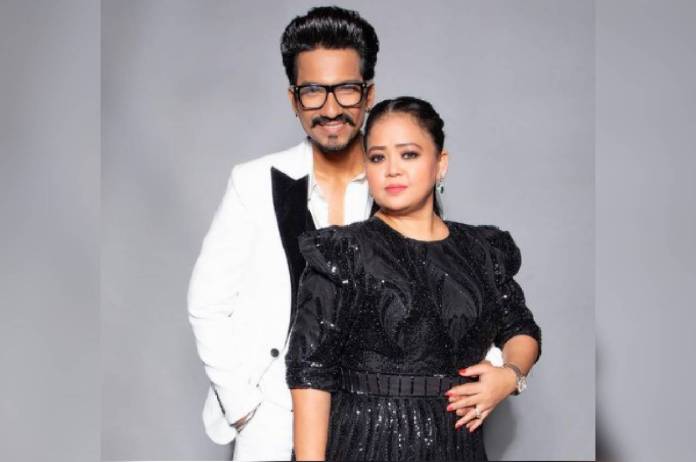 New Delhi: In a two-year-old drug case, comedian Bharti Singh and her husband Haarsh Limbachiyaa may be facing legal issues. According to the Mumbai Narcotics Control Bureau (NCB), which was quoted by ANI, a 200-page charge sheet against the pair has been submitted to the court. They are currently free on bond after being detained in 2020 in connection with a drug case.

Bharti and Haarsh are parents to Lakshya, a six-month-old child. The Narcotics Control Bureau (NCB) detained them in November 2020 after finding ganja (cannabis) in their suburban Andheri home. According to NCB, a raid resulted in the discovery of 86.5 grammes of cannabis inside their home. ANI had quoted NCB officials as saying, “Both Bharti and her husband Haarsh Limbachiya accepted consumption of Ganja.” According to an NCB spokesperson, the search was done as part of the NCB’s investigation into alleged drug use in the entertainment business.

Mumbai NCB files a 200-page chargesheet against comedian Bharti Singh and her husband Harsh Limbachiya before the court. They were arrested in 2020 in connection with a drugs case, they are currently out on bail: NCB (Narcotics Control Bureau)

The magistrate court granted the couple bail after two days on a bond of 15,000/-. The two were charged with violating NDPS Act sections 20(b)(ii)(A) (involves the minor quantity of narcotics), 8(c) (drug possession), and 27 (drug consumption).

On Instagram and their YouTube channel, Bharti and Haarsh frequently share entertaining films from their daily lives. A lot of videos also include their Golla-named kid Lakshya.