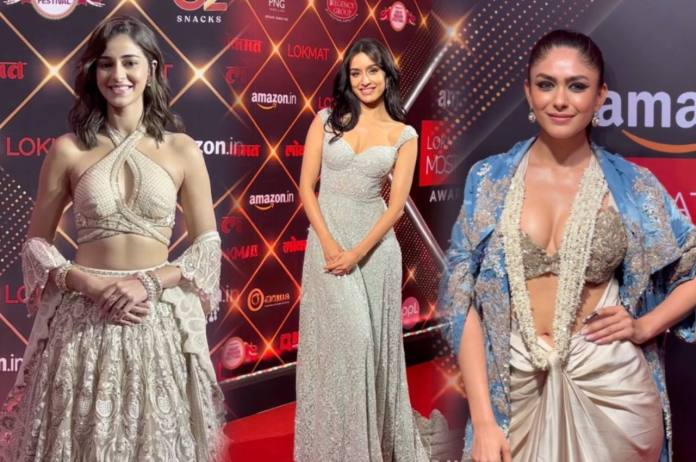 New Delhi: The event keeps happening in the cinema world and once again, the gathering of many stars was seen, whose videos are becoming increasingly viral on social media, in which everyone’s style is touching the hearts of people.

These videos of Bollywood stars have been shared by Viral Bhayani on his Instagram account, which Bollywood’s Bhaijaan i.e. Salman Khan has also reached. He appeared in a domineering style. In the video, he donned a jacket paired with a shirt and jeans and posed fiercely in front of the camera.

Liger star Ananya Panday also attended the event. During this, she appeared in a lehenga in which she looked very beautiful. Seeing the style of the actress, the fans lost their senses, and her smile stole the hearts of the people. Ananya Pandey also showed her style in front of the camera and posed fiercely. The look of the actress is viral everywhere at this time.

Shraddha Kapoor also reached the event. She was seen in a silver gown and looked as beautiful as ever. Seeing the actress, the faces of the fans blossomed.

Palak Tiwari also appeared at the event. She donned a black gown in which she is creating doom. Palak Tiwari always remains in the headlines for her beauty, and it is very difficult to take her eyes off her.

Mrunal Thakur also appeared at the event, and during this, she looked very stylish. She also won lots of hearts with her sizzling look.

Also Read: Not singer! Jasleen Royal wanted to become this, Read on

Tejasswi Prakash, Karan Kundrra and Rahul Vaidya also reached the event. Everyone won the hearts of the people with their looks.

Other Celebrities attended the event