Mrs World 2022: Who is Sargam Koushal? All you need to know about the winner 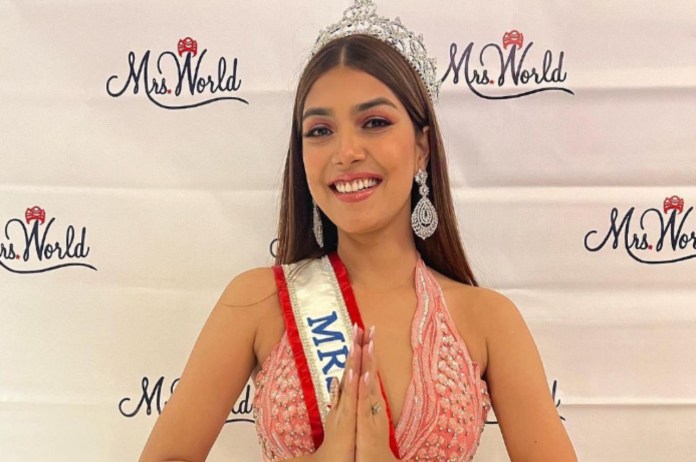 Sharing the news on Instagram, the Mrs India pageant said, “The long wait is over, it’s after 21 years we have the CROWN back!”

Sargam Koushal hails from Jammu and Kashmir. She graduated with a master’s degree in English literature. She mentioned that her spouse is a member of the Indian Navy. Also she had previously worked as a teacher in Vizhag.

Mrs. Sargam Koushal currently lives in Mumbai. She won the title after besting contestants from 63 countries. She was named Mrs. India World this year in June. Out of 51 contestants nationwide, she was picked.

The first beauty contest exclusively for married women is Mrs. World. The Mrs. America pageant is where the idea for the pageant first emerged in 1984. The competition was originally called Mrs. Woman of the World. Only in 1988 did it start going by the name Mrs. World. More than 80 nations have entered Mrs. World over the years, with America producing the most victors.

Aditi Govitrikar also congratulated Mrs Koushal. She wrote, “Heartiest congratulations @sargam3 @mrsindiainc so happy to have been part of the journey.. it was time the crown came back after 21 years.”

Koushal was guided on the runway by model and pageant expert Alesia Raut for the competition’s final round. Koushal wore a pink gown with a centre slit and glitter by Bhawna Rao.