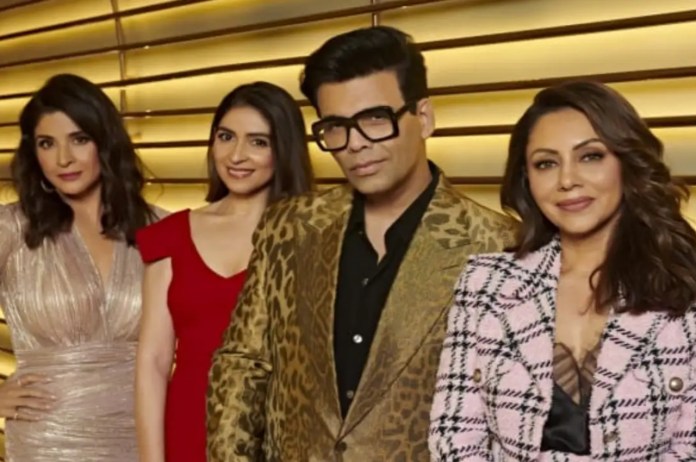 New Delhi: The conversations keep bubbling on Hotstar Specials Koffee With Karan Season 7’s twelfth episode as a brand-new trio graces the couch. This time, the show’s iconic host Karan Johar welcomes Gauri Khan, who returns to the couch after 17 years. She is joined by close friends Maheep Kapoor and Bhavana Pandey, as they mark their debut on the show. Ringing in all the elements of candid, humour and wit, the three women spill the beans on airport looks and Bollywood parties.

Fame does not last forever and no one knows this better than celebrities. Maheep Kapoor, wife of Sanjay Kapoor has been a witness to this. She and her family had to live through the ordeal of eroding fame. She captured the experience in the latest episode, “There were times when Sanjay was sitting at home for years with no work. Money was tight. My kids have grown up seeing that along with the glamour and glitz.”

Being part of one of Bollywood’s biggest families also did not make life any easier, “The people around me at times did make me feel like we were the unsuccessful wing of the Kapoor family,” she added.
Koffee With Karan Season 7 will be available to all platform subscribers. For fans in the U.S., Koffee with Karan Season 7 will stream exclusively on Hulu.