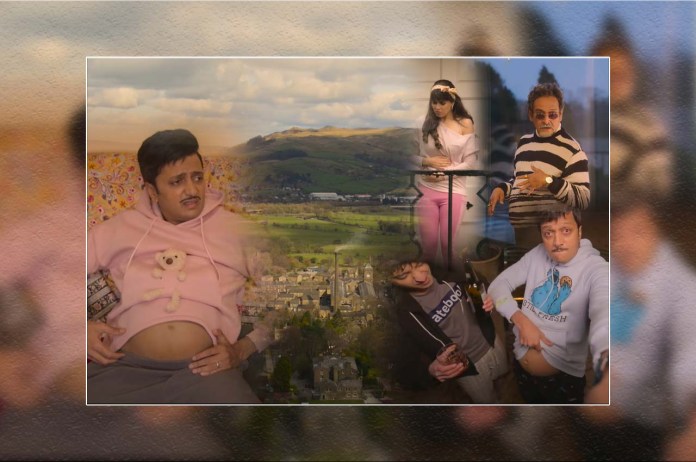 New Delhi: Actor Riteish Deshmukh and his wife Genelia Deshmukh are one of the most popular couples in Bollywood. Their chemistry has been loved by millions of fans. This pair is seen as the ‘cute couple’ of Bollywood. The couple, who tied the knot in 2012, is deeply in love with each other.

Earlier, they both celebrated their 10th wedding anniversary. Both of them always stay in the news for their cute moments, which they often share on social media. The trailer of their upcoming film ‘Mister Mummy’ has been released.

Almost after 10 years, this pair will once again be seen having fun on the screen. The trailer of this movie is seen to be very funny and humorous. It shows that both Genelia and Ritesh are pregnant.

The trailer begins with a doctor’s checkup. Mahesh Manjrekar is seen in the role of a doctor. It shows Ritesh’s frolics after finding out he is pregnant, his growing belly, and how he is troubled by the media limelight. Many people are seen liking the trailer of this movie.

Ritesh Deshmukh’s film ‘Mister Mummy’ will be released on November 11. His wife Genelia will be making her comeback to acting after a long time in this film. Interestingly, both of them will be seen working together again after a long time. It is seen to be a comedy and romantic film.

Shaad Ali will be directing the movie. The film is produced by Bhushan Kumar and Hectic Cinema Private Limited. Actors Ritesh Deshmukh, Genelia Deshmukh, and Mahesh Manjrekar will be seen in it.