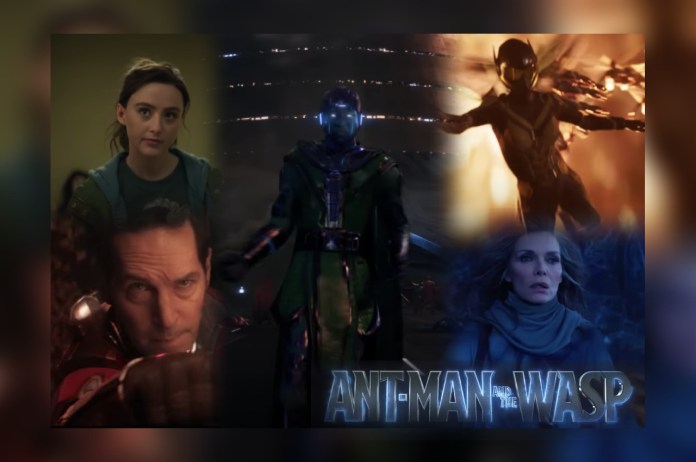 Quantumania, like its predecessor, is intended to play a significant role in the MCU’s 30-film canon. In contrast to Ant-Man and the Wasp, which served as a primer on the Quantum Realm before Avengers: Endgame, Quantumania will truly introduce the series’ main antagonist. Kang the Conqueror, who is portrayed by Jonathan Majors, made his debut in the Disney+ series Loki. Over the coming years, he will mature, reaching a climax in the two-part Avengers films Avengers: The Kang Dynasty and Avengers: Secret Wars.

Also read:- Pathaan Trailer Out: SRK, Deepika Padukone come together to fight for the Nation

The new trailer has a significant appearance from Kang, who seduces Kathryn Newton’s Cassie and Paul Rudd’s Scott Lang with the promise of making up for missed “time” with Cassie. During the Blip, Scott essentially took on the role of an absent parent. Despite the worries of his pals, Scott remains in some sort of trance that Kang has put him in.

Comparing Quantumania to the two Ant-Man films from the past, Quantumania seems to have a far wider reach. In a previous interview with Entertainment Weekly, director Peyton Reed, who has now overseen all three Ant-Man movies, stated that he had asked Marvel to give the franchise more attention this time around since he wasn’t satisfied with it serving as just the MCU’s “palate cleanser.”

The Quantum Realm, which appears to have grown significantly this time around, is hinted at in the teaser. Hank Pym (Michael Douglas), Janet van Dyne, and Hope van Dyne (Evangeline Lilly) are among the returning figures in the movie (Michelle Pfeiffer).

On February 17, Ant-Man and the Wasp: Quantumania will be screened in theatres. It follows a difficult couple of years for the MCU, during which the majority of its movies received subdued fan reception despite consistently performing well at the box office.