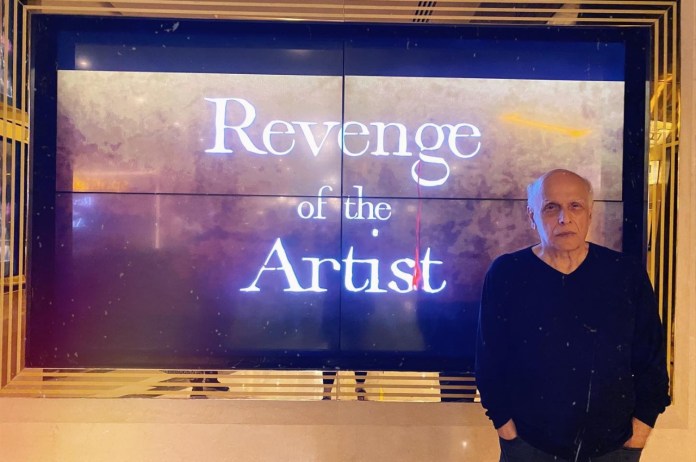 Mahesh Bhatt recently attended film’s premiere and shared his opinion on the R Balki directorial. Pooja shared Mahesh’s pictures from the event on her Instagram handle with the director and wrote, “So the man who has never remained #Chup about his life nor about other burning issues & taught me to do the same no matter what it cost, watched the film with the cast & crew yesterday..His verdict- “Loved, loved simply loved the film. It has audacity & stands tall all alone. That’s why it sparkles. I am a Balki fan now. This is his best film.” Mahesh Bhatt.

According to reviews, the psychological suspense thriller Chup, directed by R. Balki, follows a serial killer who carves stars into the brains of his victims. After a four-year hiatus, Balki returns to directing with this film. His most recent release was the Akshay Kumar-starrer Pad Man from 2018.

Recently, Balki stated that on September 20, a special public “freeview” of Chup would be held in ten cities, including Mumbai, Pune, Ahmedabad, Delhi, Lucknow, Gurgaon, Jaipur, Kolkata, Bangalore, and Hyderabad.

In a video, the writer-director said, “I am here to invite you for a very special preview, which is actually a freeview, so please come and watch the movie for free 3 days before its release in a few select cities. Traditionally, most films have been shown to the critics and the film industry before the audience. For the first time ever, the audience will get to see a film before anybody else. The audience will pass their opinion of the film before anybody else. So please block your seats and tell us aapko Chup kaisi lagi. We would really like to know!”