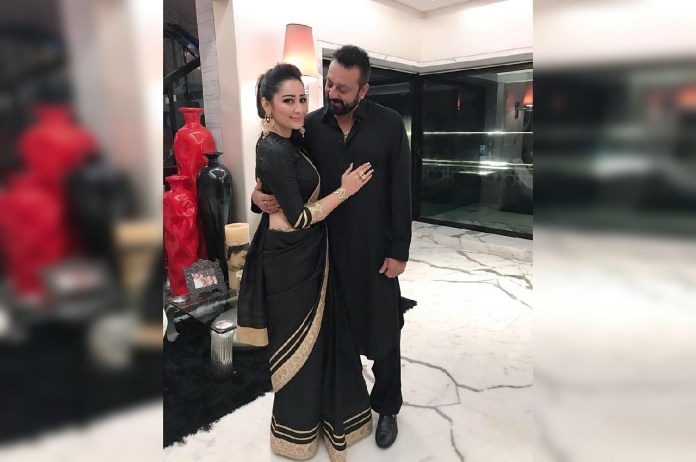 New Delhi: Bollywood superstar Sanjay Dutt doesn’t need an introduction. He made his big Bollywood debut with the 1981 release Rocky and for over four decades, he has given several hit movies like Vidhaata, Naam, Thanedaar, Sadak, Munna Bhai MBBS, etc and never looked back. Meanwhile, as the actor turns 63rd today, his wife Maanayata Dutt penned a heartwarming note for her ‘Rockstar.’

Sharing a picture of Sanjay on her Instagram handle, she wrote: “Happy birthday my rockstar!! Keep rocking and inspiring as always and ever!! #endlesslove #love #grace #positivity #dutts #beautifullife #thankyougod.” In the photo, we can see Sanjay holding a dumbbell and exhibiting his biceps.

Sanjay Dutt married Maanayata Dutt in 2008, she is 18 years younger than him. Earlier, she was known as Dilnawaz Shaikh. The couple met when Sanjay was dating junior artist Nadia Durrani and then he fall in love with Maanayata, and that is how their relationship began.

Back in 2010, the couple welcomed their twins, Shahraan and Iqra Dutt. Sanjay has always admitted that his wife is the backbone of the family. Before tying a knot, the two were trolled by netizens for their huge age difference of 18 years, but they ignored them and continues to remain strong by each other.

On the work front, he was recently seen in Shamshera opposite Ranbir Kapoor and Vaani Kapoor in lead. Now, he will be next seen in the romantic-comedy film, Ghudchadi opposite Raveena Tandon, Khushalii Kumar, Parth Samthaan, and Aruna Irani.