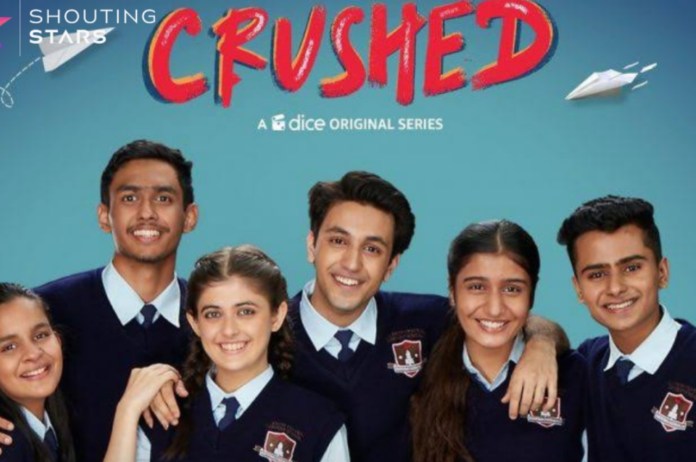 New Delhi: After being showered with immense love and appreciation in its maiden season, Amazon miniTV today announced the second season of ‘Crushed’. The highly anticipated series, created by Dice Media, will soon premiere exclusively on Amazon’s free video streaming service. The series filled the hearts of audiences with love as the nation was crushing over the cute and relatable characters – Aadhya Mathur (Aadhya Anand), Jasmine (Urvi Singh), and Prateek (Naman Jain) – as they navigate their way through different phases of teenage romance.

The storyline for Crushed – Season 2, matures alongside its much loved characters, as they shape their future and evolve as individuals; immersing themselves in an upcoming inter school fest and preparing for their 10th board exams. As fate presents new challenges in the lives of Aadhya, Prateek, Jasmine, Zoya, and Sahil, challenging their friendship, love life, and everyone connected to them, Season 2 promises high entertainment and drama all along.

“Amazon miniTV is elated to present the second season of this highly successful series. The maiden season of Crushed carved a niche for itself and appealed strongly to audiences, creating a strong fanbase for the show and its cast,” said Girish Prabhu, Head of Amazon Advertising. “Our collaboration with Dice Media to present the second season will ensure that the audience continues being entertained with the delightful narrative of the title which resonated with the viewers across the country.” he further added.

“‘Crushed’ has been received by Dice Media and Amazon miniTV fans, with extreme warmth due to its resonance and nostalgia invoking storyline, leading to the successful release of Season 2. Owing to this phenomenal audience response we are certain that ‘Crushed’ is already a franchise in the making”, said Vidyuth Bhandary, Studio Head, Dice Media, Pocket Aces. “Fans can look forward to a lot more entertainment stemming out of our longstanding association and slate of releases with Amazon miniTV, coming soon!” he adds.