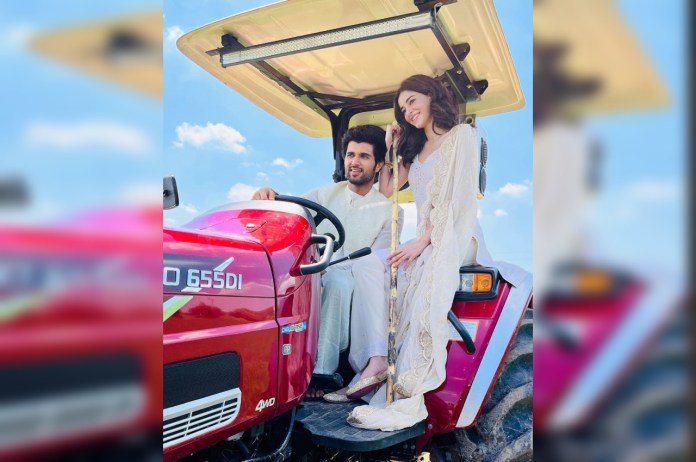 New Delhi: Bollywood star kid Ananya Panday is currently busy in promotion for her upcoming film Liger with her co-star Vijay Deverakonda and they both are visiting many cities in India. The duo is currently in Chandigarh as they launched their new song, Coka 2.0 with director Puri Jagannadh and producer Charmme Kaur.

Ananya recently shared some photos from her trip to Chandigarh. In the photos, they were seen posing in the fields and on the tractors. The actress donned a white colour suit along with matching earrings and footwear. On the other hand, Vijay opted for a white kurta and dhoti. While sharing the photos, Ananya wrote, “pyaar hota hai deewana sanam #DDLJmoment.”

Dharma Productions shared the same photos on their Instagram page. While sharing the photos they captioned, “#Chandigarh, this #Liger duo is all set to drop the latest beats with #Coka 2.0 in YOUR city and you know what they say…when in Chandigarh – do as the Chandigarh-ians do!#LigerOnAug25th @thedeverakonda @ananyapanday.”

Directed by Puri Jagannath and produced by Karan Johar, Liger has been promoted as a pan-India film. The film is scheduled for theatrical release on 25 August 2022. Apart from ‘Liger’, Ananya will also be seen in ‘Kho Gaye Hum Kaha’ along with Siddhart Chaturvedi.