Koffee With Karan: Siddharth and I are more than close friends, says Kiara Advani 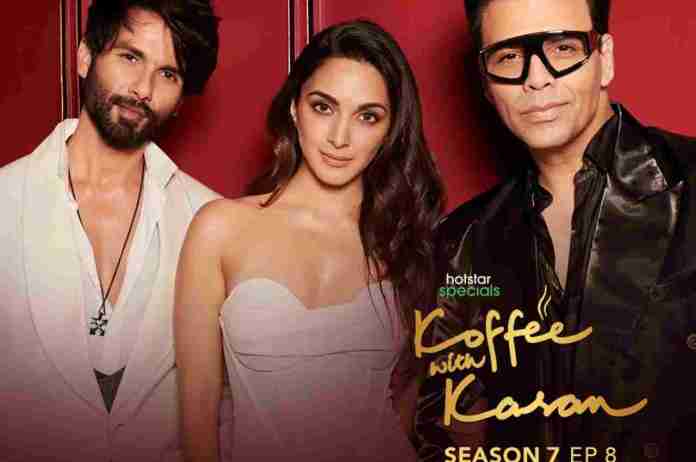 New Delhi: Iconic host Karan Johar is known for manifesting many Bollywood love stories on the couch of Koffee With Karan. Some are married or dating, and others are still figuring out their status. Well, in the eighth episode of the season 7, the manifestation king strikes again after his episode with Siddharth Malhotra. Are you still guessing the guests for this week? The wait is finally over as show debutant and the exceptionally talented star Kiara Advani, along with versatile actor Shahid Kapoor, grace the couch in the eighth episode. With sizzling conversations around love, family, marriage and the Bollywood grandeur, Kiara and Shahid bring their honest, candid side to the couch.

Also Read :- Urvashi Rautela gets invited by Billionaire Elon Musk to the prestigious AmFAR Gala- Check out the video now

While Karan spills the beans around Siddharth-Kiara wedding rumours, Kiara openly admits that the two actors are “more-than close friends.” When Karan pokes a question on marriage, Kiara takes the conversation further, revealing that she believes in the institution of marriage. “I have seen beautiful marriages around me, and I see that happen in my life too. But I will not reveal when that is happening,” she adds.

Considering the news is almost confirmed, Karan and Shahid say they would dance together to the song ‘Dola re Dola’ whenever the wedding happens and confirm their invitation.