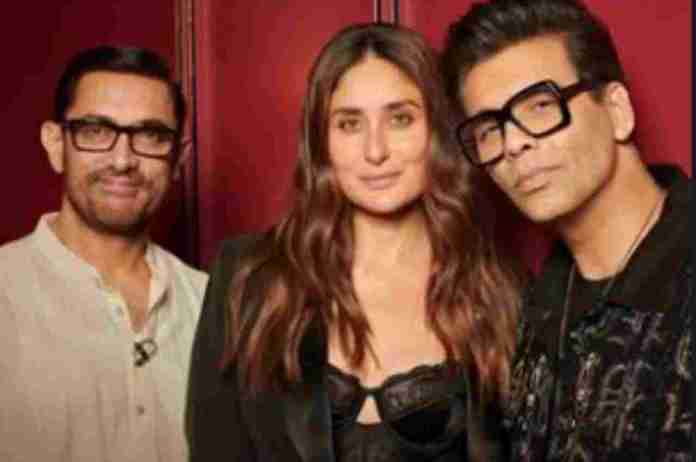 In the teaser of the upcoming episode of the show, Karan asks Kareena about the quality of sex one gets after having babies. Kareena tells them that he would know, considering he too has twins of his own. Karan responded by saying that he cannot talk about such things with his mother watching the show. Aamir quickly gave it back: “Your mother doesn’t mind you talking about other people’s sex lives? Kaise sawaal pooch raha hai (What are these questions)?”

Kareena also made fun of Aamir for taking “100-200 days” to shoot a film when Akshay Kumar finished one in only 30. She claimed that is the one aspect of Aamir that irritates her. She also claimed that although he may be friendlier to the press, they actually prefer her more. She also awarded him a minus for his taste of dress. Check out the teaser below:

Recently, the film has raked up a controversy with a few even demanding its boycott on social media. Reacting to the boycott trend, Aamir while speaking to Mumbai reporters requested people to watch his film. “That Boycott Bollywood… Boycott Aamir Khan… Boycott Laal Singh Chaddha… I feel sad also because a lot of people who are saying this in their hearts believe I am someone who doesn’t like India… In their hearts, they believe that… And that’s quite untrue,” Aamir was quoted as saying. “I really love the country… That’s how I am. It is rather unfortunate if some people feel that way. I want to assure everyone that it’s not the case so please don’t boycott my films, please watch my films,” he pleaded.