Koffee with Karan final trailer out: KJo gets trolled for Alia Bhatt obsession 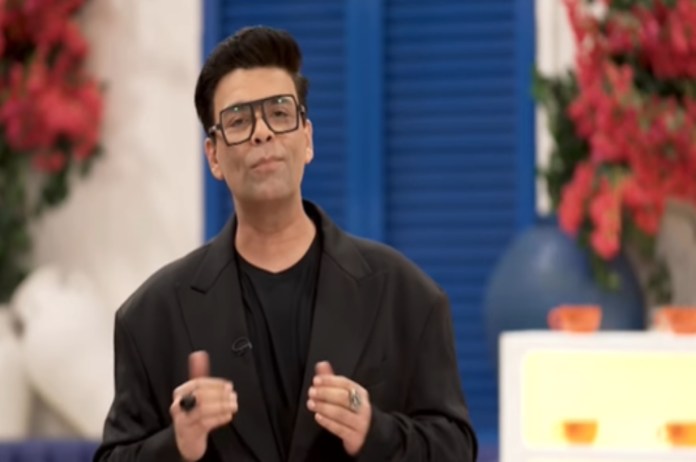 New Delhi: The filmmaker Karan Johar’s hit reality chat show Koffee With Karan comes to end this week. The 13th episode will be the grand final of the show. In this episode, Karan himself gets attacked with some hot and spicy questions, turning Tanmay Bhat, Kusha Kapila, Niharika NM and Danish Sait.

The trailer of the show has been released by the filmmaker Karan Johar on his Instagram handle and also wrote, “It’s the award season and a very special jury takes the couch this episode to decide the best of the best from this season! #HotstarSpecials #KoffeeWithKaranS7, Episode 13 streaming this Thursday 12am only on Disney+ Hotstar. @disneyplushotstar @tanmaybhat @kushakapila @danishsait @niharika_nm @apoorva1972 @aneeshabaig @jahnviobhan @dharmaticent.”

In the clip, Karan asked the guest if he does talk about Alia too much. To which, Danish said, he takes her name like Alia keeps calling Shiva (played by Ranbir Kapoor) in the film Brahmastra. This left Karan applauding hard.

In the recent episode with Varun Dhawan and Anil Kapoor, he said that he is no longer in a relationship but did not disclose the name. Varun also said that he had his blessings and support during the relationship. When the guests asked him to reveal the name of his ex. Karan said, “He found out about default…” To which Tanmay asked, “Were you dating David Dhawan? You said by default!”