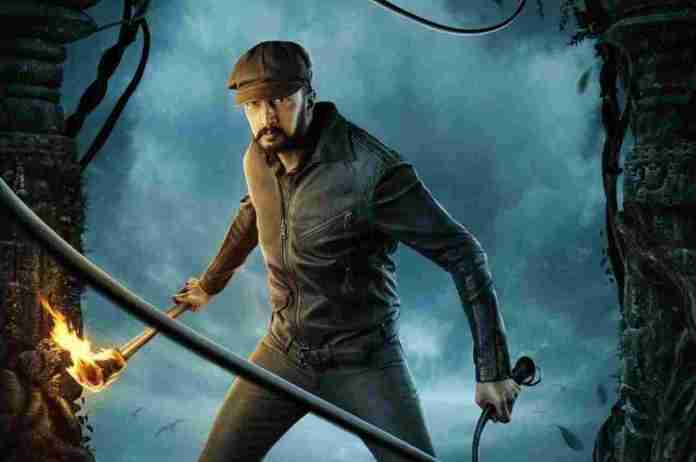 Kichcha Sudeepa’s much-awaited action thriller Vikrant Rona’ has been released in the theatres and has started to make the sound of its success. Be it the box office or the audience reviews the film is encountering great reactions from the fans in the theatres.

Released on 28th July, ‘Vikrant Rona’ has found its fans across the country. While the film is successfully running on its 3rd day now the audience has fallen in love with the film’s mesmerising 3D experience and thrilling storyline. Despite receiving mixed reviews from the critics, the film is still the first choice of cinema goers and is eyeing a solid weekend ahead.

The raging fever of the film has taken over the internet with praising comments from fans from all across the nation. The fan at some places created a huge poster of Kichcha Sudeepa and bestowed it with huge flower garlands. Moreover, the craze of Vikrant Rona is truly unstoppable and the theaters are filled with the madness of its fans. While sharing their love on social media the fans posted –

‘Vikrant Rona’ has been realased worldwide in 3D on July 28th, starring Kichcha Sudeepa, directed by Anup Bhandari, also starring Jacqueline Fernandez, Nirup Bhandari, and Neetha Ashok is presented by Salman Khan Films, Zee Studios, and Kichcha Creatiions in North India produced by Jack Manjunath under his production Shalini Artss, and co-produced by Alankar Pandian of Invenio Origins the film. The film will be distributed in North India by PVR Pictures..