Khufiya teaser out: Tabu hints at ‘mole’ no one knows about in Vishal Bhardwaj’s spy thriller 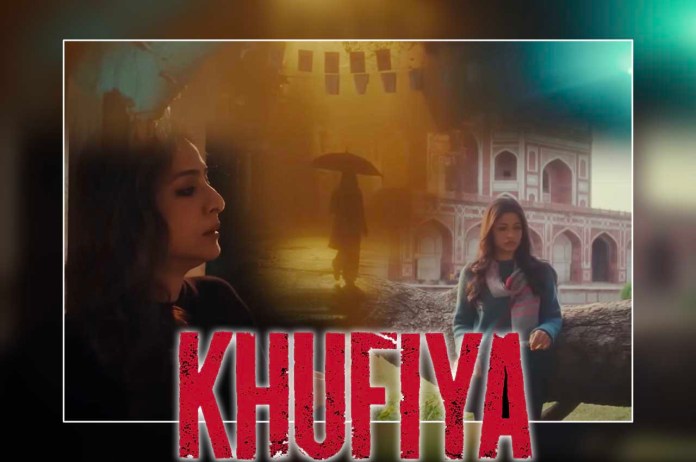 New Delhi: The much-awaited teaser for Vishal Bhardwaj’s espionage drama Khufiya was dropped today as a part of Netflix’s Tudum fanfest. Starring Tabu, Ali Fazal, and Wamiqa Gabbi in the lead roles, the teaser hints at a spy story, where a top secret is being hidden which no one has an idea about.

The one-minute twenty-four seconds long clip features a voiceover from Tabu, describing an unknown individual through poetic references. “She was strange. Shrouded like a sin. Ovious like a sacred deed. And sometimes illogical like fate. She has a habit of tugging the sleeved of her pullover hiding her fingers under the knitted webs of wool. She always sneezed thrice in a row,” says Tabu as she introduced a girl. Further, she talks about a ‘top secret’ which neither Octopus nor she know about.

Inspired by true events, the Vishal Bhardwaj-helmed spy-thriller film, Khufiya, is all set to release on Netflix soon. The Hindi thriller is written by Bhardwaj himself and features a refreshing lead pair in Tabu and Ali Fazal. Based on the novel Escape to Nowhere by author Amar Bhushan, Khufiya will showcase the struggle of a RAW operative working towards protecting the defence secrets of her country.

Tabu stated: “Khufiya is a one-of-a-kind project, extremely close to my heart and I am excited to be a part of this gripping spy thriller. As always, it’s a delight working with VB (Vishal Bhardwaj) again, and feels like a homecoming!”

The movie is Vishal Bhardwaj’s second OTT original following Modern Love Mumbai on Amazon Prime. A few of the anthology series’ episodes were well-received by critics. Including Mumbai Dragon, a brief work by Bhardwaj.