Kartik Aaryan to feature in ‘Aashiqui 3’, shares pic with makers 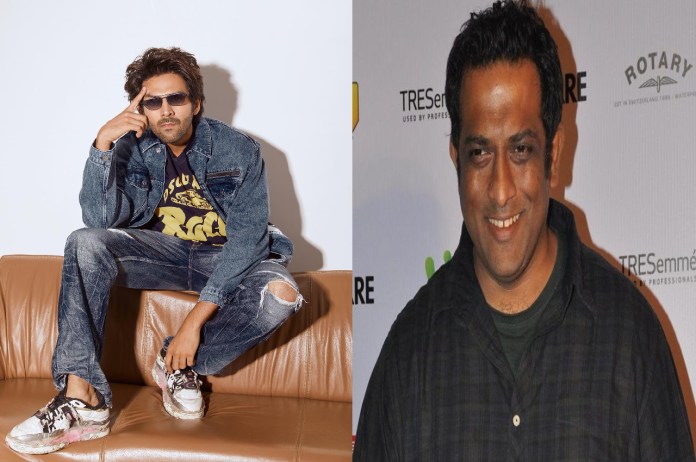 Kartik shared the first glimpse of the movie on his Instagram handle. While sharing the video, he wrote, Ab Tere Bin Ji Lenge Hum Zeher Zindagi Ka Pi Lenge Hum #Aashiqui3 This one is going to be Heart-wrenching !! My First with Basu Da.”

The actor made this big announcement with a social media post. He shared a photo with Anurag Basu, Pritam, Bhushan Kumar and Mukesh Bhatt. While the makers did not reveal the details about the film’s leading lady.

The first part of ‘Aashiqui’ was released in 1990 starrer, Rahul Roy and Anu Aggarwal. The film is directed by Mahesh Bhatt. At that time, the film was a huge success and till now its songs are ruling the hearts.

In 2013, Mohit Suri was back with the franchise starring Shraddha Kapoor and Aditya Roy Kapur, which was also a huge hit at the box office.

Earlier, there were reports that Sidharth Malhotra and Alia Bhatt may step into the third part of the film but it never went on floors.

“The timeless classic ‘Aashiqui’ is something I grew up watching and working on ‘Aashiqui 3’ is like a dream come true. I feel privileged yet grateful collaborating with Bhushan Kumar and Mukesh Bhatt for this opportunity. I’ve been a big fan of Anurag Basu’s work and collaborating with him on this one will definitely shape me in many ways,” Kartik was quoted by Variety.

The actor recently shooting for his next film, ‘Satyaprem Ki Katha’, co-starring Kiara Advani. He also has ‘Shehzada’, ‘Freddy’ and ‘Captain India’ in the pipeline.