Kartik Aaryan thanks Haryana for ‘giving so much love to Shehzada’, shares sweet video 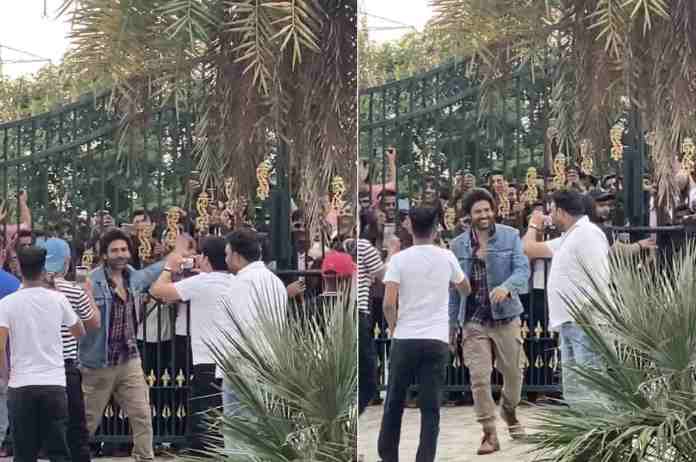 New Delhi: After giving a blockbuster Bhool Bhulaiyaa 2, Kartik Aaryan is all set to come up with his next ‘Shehzada’. The actor had been shooting for the film in Haryana, and has finally wrapped the schedule there. In a heartwarming post, he thanked the state for all the love it showered on him.

Taking to his social media, the young superstar shared a video taken by someone from the set. In the video, one can see a huge crowd of excited fans standing outside the shoot location in Haryana as they are curious to catch a glimpse of their favorite actor, and Kartik also nicely obliged them as he went up to the gate and met them. After wrapping the schedule Kartik jotted down a thanking note saying – “Thank u Haryana for giving so much love to #Shehzada 👑 #EndOfSchedule”

Moreover, Kartik will be seen in his first collaboration with Ganesh Acharya for a massive dance number for this upcoming film.  The song will see him alongside his Luka Chuppi co-star, Kriti Sanon.

Kartik Aaryan, who had a massive success like Bhool Bhulaiyaa 2, now has films like Shehzada, Captain India, Freddy, Kabir Khan’s next. He also has Sajid Nadiadwala’s untitled next in his lineup ahead.