Jug Jugg Jeeyo to have a sequel? Here’s what we know 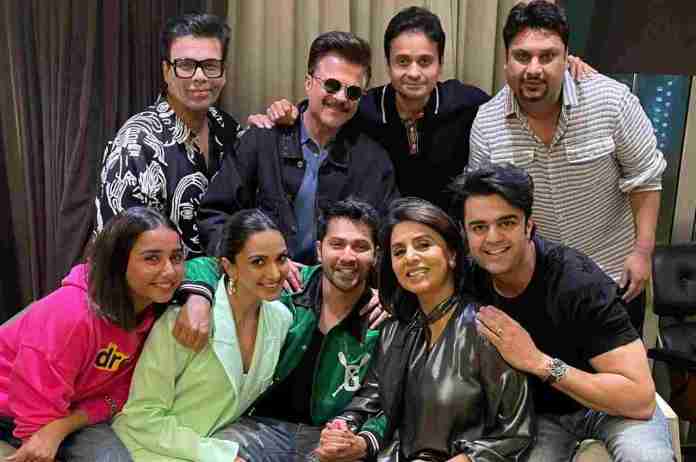 New Delhi: The “Jug Jugg Jeeyo” team is ecstatic with the movie’s success. At their producer KJo’s home, the actors of the movie toasted its triumph. The lead star, Kiara Advani, has alluded to a movie sequel! While we like the photographs Kiara posted from the quiet celebration meal, it was her message that really caught our eye. Kiara penned: “We appreciate all of the kind feedback about Jugjugg Jeeyo. Is a follow-up to Raj Mehta’s film in the works?”

The actors of the movie, including Anil Kapoor, Neetu Kapoor, Kiara Advani, Varun Dhawan, Prajakta Koli, and Maniesh Paul, as well as producer Karan Johar and CEO of Dharma Productions Apoorva Mehta, were also in attendance.

Varun Dhawan also shared pictures from the party and hinted at a sequel. He wrote, “Thank u for the love app sab #jugjuggjeeyo…#JugjuggJeeyo2”, accompanied by a deep in thought emoji.

On June 24, this year, “Jug Jugg Jeeyo” debuted in theatres and made about Rs 85.03 crores in India. Two spouses from various generations who are on the verge of divorcing are the centre of the family comedy. The movie, which is set in Patiala, tells the story of two couples from two distinct generations who are struggling with post-marriage troubles. In-depth discussions of love, family values, unfulfilled longings, and surprising reconciliations are featured in the narrative.

JugJugg Jeeyo is the ideal fusion of drama, emotions, and humour, with Varun Dhawan portraying the charming on-screen son of Anil and Neetu Kapoor and Kiara Advani shining as the modern working lady, full of life and enthusiasm.