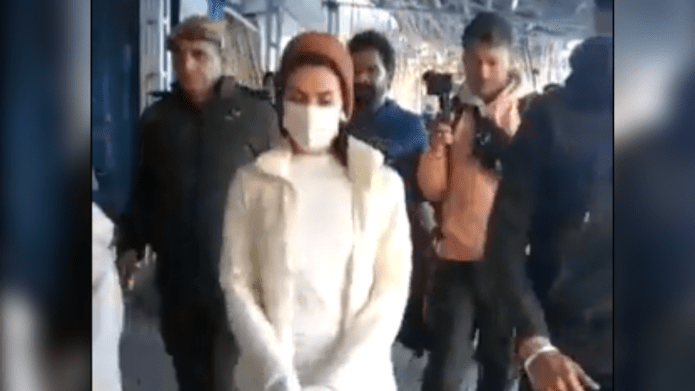 New Delhi: Jacqueline Fernandez began the new year by travelling to Jammu and Kashmir to see the Vaishno Devi Temple. She can be seen walking in a white outfit and brown headgear in a video that is becoming popular online. As Jacqueline has a tika on her forehead, it appears that the footage was taken after the actress made offerings at the temple. The video of Jacqueline Fernandez visiting the Vaishno Devi temple surfaced during the ongoing money laundering case involving 200 crore rupees.

The first post of 2023 by the actress was all about serenity and sunset. She can be seen in the shot sitting in a garden, enjoying the sunset. The actress looks stunning in a white patterned gown. The actress captioned it, “2023.”

On the work front, Jacqueline Fernandez appeared in five movies last year: Ram Setu with Akshay Kumar and Nushrratt Bharuccha, Cirkus with Ranveer Singh and Pooja Hegde, Attack with John Abraham and Rakul Preet Singh, Vikrant Rona with Kiccha Sudeep, and Bachchhan Paandey with Akshay Kumar and Kriti Sanon. Except for Vikrant Rona, all of her films, at the box office, fell flat with the public.