Is Prabhas and Kriti Sanon dating each other? Here’s what we know 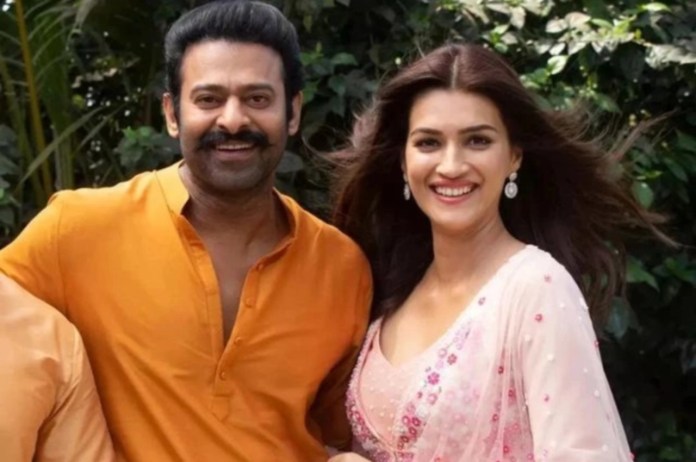 New Delhi: Tollywood star Prabhas does not need any recognition, he has taken himself to a high position by giving superhit movies back to back. Currently, he is busy shooting for the film ‘Adipurush’, and now great news is coming out about him, which the fans are happy to hear. There are rumours that the actor is dating Bollywood actress Kirti Sanon.

The love story started on the sets of ‘Aadipurush’

Talking about Adipurush, the film marks the first collaboration of Kriti and Prabhas. Fans are eagerly waiting to see the pair on screen. It is being said that in the film, Prabhas will portray the role of Ram, on the other hand, Kriti will essay the role of Sita. The film is directed by Om Raut, who has already given many superhit films.

The budget for this film is Rs 400 crore, and for this Prabhas has recovered a huge amount. Earlier his fee for the film was said to be between Rs 90-100 crore, and now it is reported that he is charging Rs 120 crore for this film. ‘Adipurush’ will release on January 12, 2023, and now it has to be seen how much the Prabhas-Kriti pair creates a stir along with the story of the film.