Is he the same Ankit Gupta we saw in BB 16? Actor’s party video goes viral 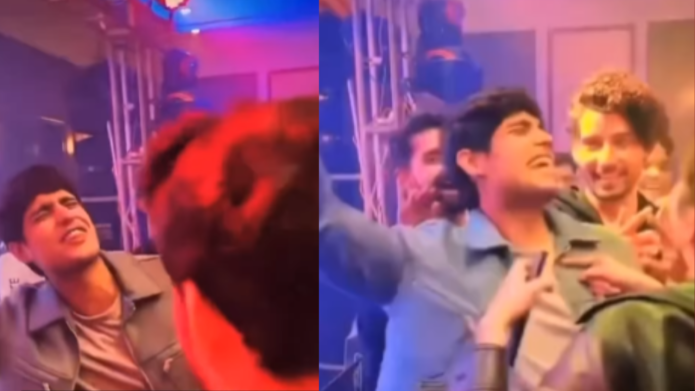 New Delhi: Bigg Boss 16’s Ankit Gupta, who is basically known for his calm and quite nature, is once again hitting the headlines. A video from his recent party night is doing rounds on the internet and fans are wondering if he is the same silent Ankit Gupta they saw in the show.

Ankit recently surprised many with his ability to party, which was the epitome of introverted energy. Even contestant Gautam Vig from Bigg Boss 16 was in a state of shock!

Ankit was seen dancing and singing loudly at a party in a now-viral video. Gautam Vig, another former Bigg Boss 16 competitor, was standing behind Ankit with a drink in his hand. Gautam’s response to Ankit’s carefree side, which completely caught him off guard, was simply amusing. See for yourself by watching the video here:

Ankit had always been a lively person, but Priyanka Chahar Choudhary had been controlling him on the Salman Khan-hosted programme, according to fans of the actor. Reacting to the viral video, one of Ankit Gupta’s fans wrote, “Without Priyanka he is a cool person.”

Meanwhile, during his recent interview, a clip has come in the limelight because a girl is seen on the bed in the background of the clip. However, Ankit gets the camera angle right. Despite this, everyone’s eyes are fixed on that girl and the clip is going viral on Twitter.

After watching the video, people are asking whether the girl seen in the clip is Ankit Gupta’s girlfriend? If this is true then what was Ankit’s relationship with Priyanka Chahar Chowdhary in ‘Bigg Boss 16’ house. Some have even said that Ankit Gupta was only faking friendship and love with Priyanka in the BB house. On the other hand, some have claimed that now Priyanka Chahar’s card has been cut.