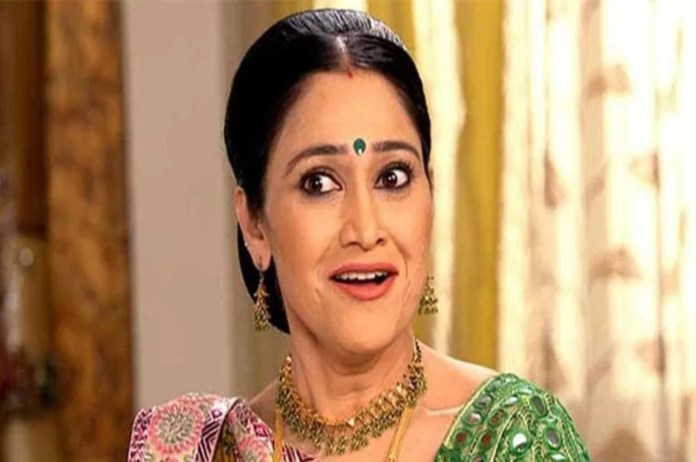 New Delhi: The show Taarak Mehta Ka Ooltah Chashmah is one of the longest-running comedy shows on Indian television. Everyone loves to watch the chemistry between Dayaben (played by Disha Vakani) and her on-screen husband Jethalal (played by Dilip Joshi), these characters have separate massive fan bases over the years, especially they love to watch her distinctive acting abilities, funny interactions, and the innocent antics that make her unique. But five years ago, the actress left the show due to her family and till now, the viewers felt her absence.

During this time, there were several reports of her return to the show, but they always turned into false statements.

Dayaben return to the show

According to a private news channel, when show producer Asit Modi was asked about the return of Dayaben. He said, “Daya bhabhi is a character audience is unable to forget. People feel its absence. Disha vakani i respect her…covid ke time I waited, I’m waiting even today and pray to God for her to return. But she has a family and has her responsibilities towards them. Like audience I am also waiting.”

“Try to understand Disha’s point as well..she too had the hunger of doing this but after marriage, they have a separate life and responsibilities,” he further added.

While talking about the plot of the story without her, he said that they are setting the story in such a way that every episode would continue till her return.

Earlier, there were rumours that the actress is suffering from throat cancer that’s why she left the show but this news is proven to be wrong and she is doing well. But later, the actress’s brother Mayur Vakani cleared the rumour. In an interview with another private channel, Mayur said, “Aise bahut saare afwaayein aate rehte hain ismein koi sacchayi nahi hai (these kind of rumours keep doing the rounds in the media and there is no truth to it). She is hale and hearty and nothing of this is true. Everyday we get to hear baseless rumours about her but fans should not believe any of these.”

Dilip Joshi, who is seen in the role of Jetha Lal in the show also clear the rumour by stating, ”Disha is absolutely fine and these cancer news are absolutely false and there is no need to pay attention to these things.”

The producer continued by saying that he is expecting Disha Vakani’s return to the show because she is like a family member. Her return doesn’t seem likely, so the producers are also holding auditions for the part. Additionally, he promised the audience that Dayaben’s persona would be featured in forthcoming episodes.