Independence Day 2022: From Nargis to Deepika Padukone, a look at Bollywood’s leading ladies 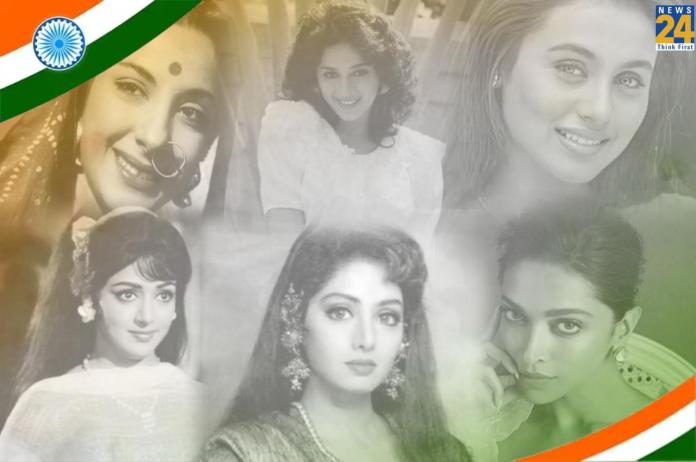 New Delhi: The value that a film heroine added to Indian Cinema over the years has definitely changed and evolving. Every era has had a queen ruling the hearts of millions with their irreplaceable charm and talent. These actresses have always been in demand and have always been the highest-paid leading ladies in B-town of their times. Let us look at some names who have always outshone with their charm. 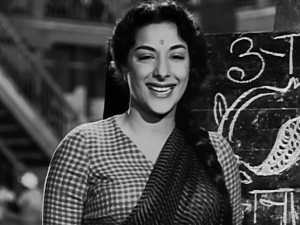 It is difficult to forget the existence of Nargis in the Independence era. While the actress set her debut in the industry as a child artist in films like Madam Fashion, Moti Ka Haar, and Pardanasheen, the actress begged her first lead role in the 1943 release Taqdeer. From there Nargi’s career was widely donned upon her chemistry with Raj Kapoor which elevated her to become the biggest female star with blockbusters such as Andaz (1949) and Awaara (1951). Moreover, her career hit the top with the 1957 film Mother India which registered its name in the Oscar nominations. This is the time she decided to give her life to raise her family with her husband Sunil Dutt. 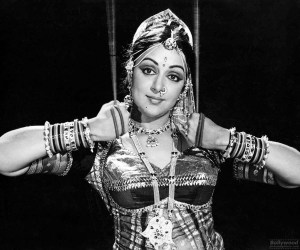 Nargis has truly set the standards high with her retirement from films in 1957. But with all the leading ladies who were ruling the glam world from the 1950s to the early 1970s, the entry of Hema Malini truly made them all retire in this period. Having been bestowed with the title of ‘The Dream Girl’, Hema Malini was the most bankable star in the 1970s. The charming and innocent beauty was the one leading lady who subsequently made her mark opposite the leading men of the industry. Her successful run over the years was defined by the films like 1970 (Johny Mera Naam), 1972 (Seeta Aur Geeta), 1975 (Sholay), and 1976 (Dus Numbri). 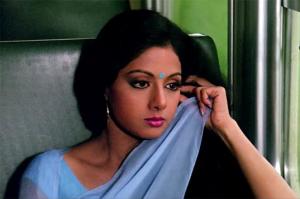 Having her roots in the south Industry, Sridevi had to face a bit of reluctant behavior from Hindi film producers to count on her. But the dedicated and ambitious actress paved her path directly into Bollywood with the biggest blockbuster of 1983, Himmatwala. While her filmography took her ahead into the clouds of success with which she went on to become an undisputed queen of Bollywood. It is believed that the kind of stardom Sridevi conquered was not seen by any other actress of her time. She was the leading lady whose magic was visible across the Hindi and the south film industries. 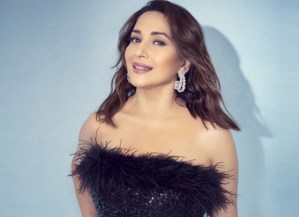 By the early 1990s, Madhuri came as a storm that was able to rule over the hearts of the audience. A perfect blend of acting and dancing talent, this actress is probably the only one who was delivering hits one after the other like Tezaab (1988), Ram Lakhan (1989), Dil (1990), Saajan (1992), Beta (1992) and Khalnayak (1993). And by playing a lead role in Hum Aapke Hain Kaun (1994) Madhuri totally owned up her place as the film went on to become the highest-grossing film of all time. While her active journey was put on hold with her marriage to Shriram Nene in 1999 but still the actress went on to spread the charm of her elegance in films. 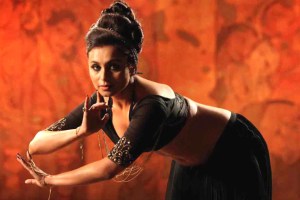 After Madhuri’s break from the films, the ground of Bollywood was wide open for the new actress but no one was able to hold the crown for a long period and that’s when Rani Mukerji entered the scene. With her brilliant choices, Rani was the leading lady who was the face of every big project by the prominent filmmakers of the industry. Her Films like Kuch Kuch Hota Hai (1998), Bichhoo (2000), Nayak: The Real Hero (2001), Saathiya (2002), Hum Tum (2004), and many more, kept her journey going on the screens and made her a most demanding lady over the years. However, she never took a big break from the films, her marriage to Bollywood’s most powerful man, Aditya Chopra was a decision that made her the queen of a leading production house in the industry. 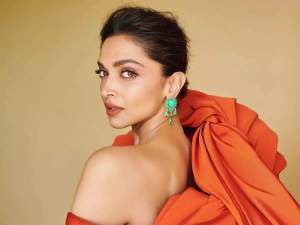 While surpassing many leading ladies of Bollywood, Deepika was the one name that was welcomed in the industry with a big debut alongside Shah Rukh Khan in Om Shanti Om (2007). Since then, Deepika went on to shine bright with her excellent choice of films. However, her career saw an unprecedented boom after 2013 with Yeh Jawaani Hai Deewani, Chennai Express, and Goliyon Ki Raasleela Ram-Leela. This was the time, the actress never turned back and went on to become the highest-paid actress in the town for what she brought to the table. Her fandom and popularity among the audience are way more different than any other star. She is also among a few names from the Hindi film industry whose charm, talent has crossed the boundaries. Moreover, her spectacular performance in Padmaavat took her to other heights. She’s been reigning since almost a decade and is still raring to go with the most amazing line up of films; Pathaan with SRK, Project K with Prabhas, Fighter with Hrithik to name a few.