Nora Fatehi has impressed everyone with her sexy and bold dance moves. Recently, a video has been getting viral on social media. 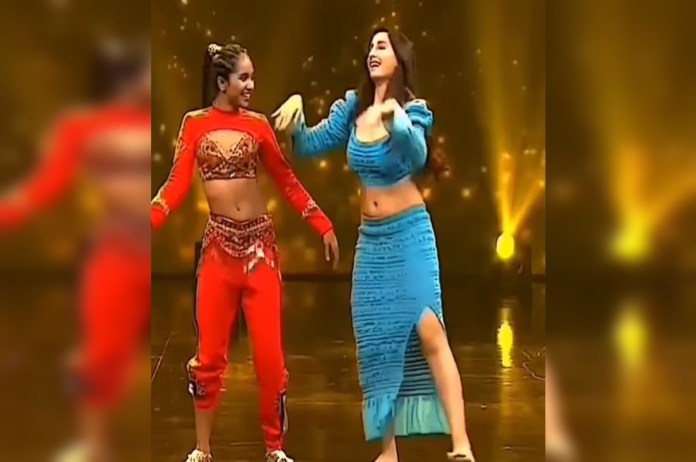 New Delhi: Dancing queen Nora Fatehi often remains in the headlines. She is not only known for her dance but also her beauty. At the same time, now a dance video of her is becoming increasingly viral on social media, in which she is seen doing a tremendous dance.

Nora Fatehi went to the reality show India’s Best Dancer where a contestant danced to the actress’ song ‘Dilbar-Dilbar’. Seeing this dance, she could not stop herself and also made people crazy with her dance on the stage. In this video, it can be seen that she is playing a knife in the hearts of the fans with her killer moves. It is very difficult to take my eyes off her.

Seeing this dance of Nora, the audience as well as the judges of the show Terence Lewis, Geeta Kapoor and Malaika Arora were blown away. This dance video is trending a lot on social media which got thousands of likes. In the video, Nora is seen doing belly dances and killer moves. She appeared in a blue outfit in which she looked beautiful.

This is not the first time that Nora’s dance video is going viral on social media. Fans are always desperate to see her dance. This is the reason why she is ruling the hearts of millions of people today. Nora’s fan following is tremendous and her style is very much liked by them.