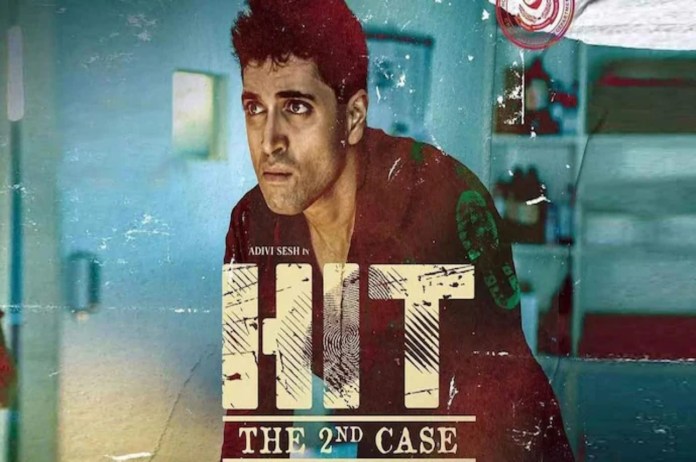 New Delhi: Adivi Sesh has changed into a cop for his upcoming film, HIT 2. The movie, which debuted on December 2, enjoyed a successful weekend in theatres. The film made over Rs 16 crore over the weekend after starting with about Rs 6 crore on December 2. The second movie in the HIT series is produced by Telugu actor Nani.

On Day 3, December 4, HIT 2, starring Adivi Sesh, enjoyed a successful run. The movie made Rs 6.5 crore (India nett) on Day 1 but doubled that amount on Day 2, making the cash registers ring. According to trade reports, the film had an even higher third day, with a total take of Rs 4.50 crore.

As a result, the total amount collected is now Rs 16.25 crore. On Sunday, Telugu speakers made up 35.32 per cent of the audience for HIT: The 2nd Case. HIT 2 is edging closer to the $1 million threshold in the international market.

Meanwhile, the teaser for the film has attracted interest. According to it, the movie would centre on a police officer who strives to catch a serial killer. Adivi Sesh and Meenakshi Chaudhary are the main characters in Sailesh Kolanu’s suspense thriller the film.

Bhanu Chander, Rao Ramesh, Posani Krishna Murali, and Tanikella Bharani are among the cast members. On December 2, the film is scheduled to debut in theatres.