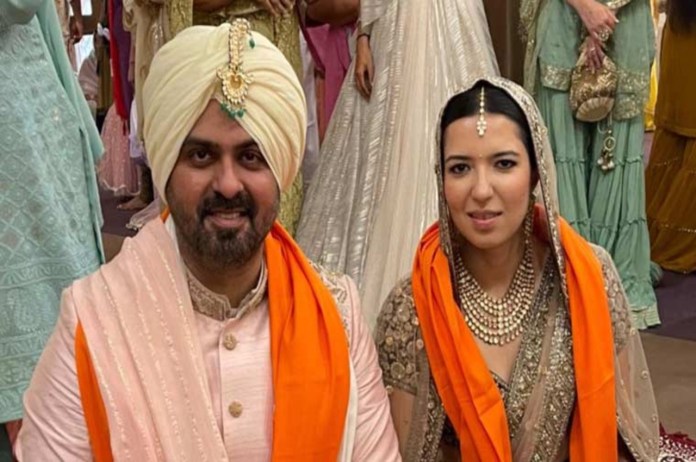 New Delhi: Harman Baweja is a Bollywood actor, about whom news has come that he has become a proud father. It is being said that Harman Baweja’s wife Sasha Ramchandani has given birth to a son. This happiness is seen everywhere in their golden house. Along with this, Bollywood stars are also congratulating and wishing him.

Harman Baweja’s wife Sasha Ramchandani announced in July this year that she is going to be a mother. Hearing this news, the fans were very excited and eager to hear, the news of welcoming the little guest. At the same time, Harman Baweja’s wife Sasha Ramchandani has given birth to a son, after which fans are posting fiercely on social media as well as congratulating the couple for having a son. As of now, Harman Baweja has not shown the face of the son yet, and the fans are eager to see the little guest’s face.

Harman Baweja and Sasha Ramchandani got engaged in Chandigarh in the year 2020, and both of them got married on March 21, 2021, according to Sikh rituals. His family and close friends were involved in this marriage. Harman Baweja is an actor who has given hit films like ‘Love Story 2050’ and ‘What’s Your Rashi’. While his wife Sasha Ramchandani runs an Instagram page called Better Balanced Self, which is a health and wellness page.

When he stepped into the cinema

Harman Baweja made his Bollywood debut in the year 2008. He was first seen with Desi Girl Priyanka Chopra in the film ‘Love Story 2050’. After this, he did the film ‘Victory’ but this film did not get much good response from the audience. Harman’s face is compared to Bollywood star Hrithik Roshan. Even though he could not show much in cinema, even today he is one of the favourite actors.