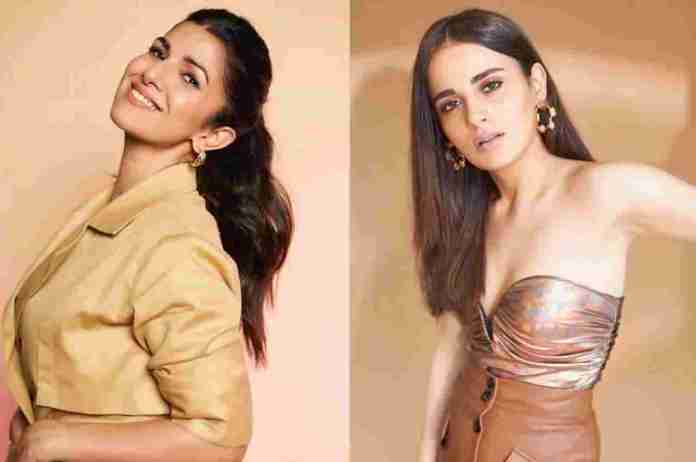 New Delhi Actors Nimrat Kaur and Radhika Madan both are collaborating for a new film titiled Happy Teachers’ Day, The movie is Produced by Dinesh Vijan‘s Maddock Films and the shoot of the movie starts today on the occasion of Teachers’ Day, celebrated on the birth anniversary of former president S Radhakrishnan. Mikhil Musale, know for helming National Award-winning Gujarati film Wrong Side Raju and Hindi movie Made in China, will direct the upcoming film scheduled to be released on Teachers’ Day 2023. The production house shared the film announcement on its official Twitter page.

Sharing the announcement teaser, Radhika wrote, “Wishing all the teachers a very #Happy Teachers Day! And this is what we bring to you today! #Dinesh Vijan presents Happy Teacher’s Day starring yours truly and the brilliant @nimratofficial. Releasing on Teacher’s Day 2023. Shoot begins today!” The details about the film are not revealed yet. The video shared by Radhika Madan says: “Teachers educate, enlighten, empower and shapes our lives, but can’t they have a life?

On the work front, Nimrat received applauds for her latest film Dasvi. Streaming on Netflix, the movie also starred Abhishek Bachchan and Yami Gautam. On the other hand, Radhika was last seen in the romantic film Shiddat, opposite Sunny Kaushal. She will also be seen in Soorarai Pottru’s Hindi remake with Akshay Kumar in the film. The actor also has Kuttey with Arjun Kapoor in her pipeline. she recently announced that her film ‘Kacchey Limbu’ will have its world premiere at the 47th Toronto Film Festival Gala. Sharing the trailer of the film, she wrote, “Jho kabhi nhi kiya …use karne ke liye theek wahi karna padta hai…jho kabhi nhi kiya. #KaccheyLimbu gears for its world premiere at the 47th Toronto Film Festival Gala presentation @tiff_net on 11th September 2022.”