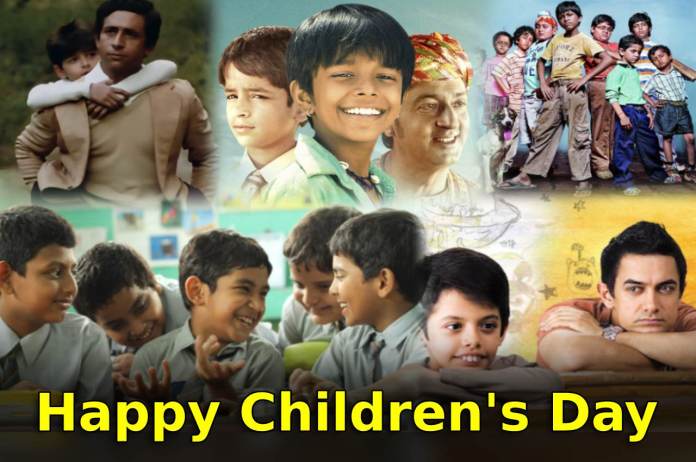 Happy Children’s Day: Today, everyone is celebrating ‘Children’s Day’ with pomp across the country. This day is knowns as the birthday of the country’s first Prime Minister Jawahar Lal Nehru. On this special day, here are some films which became superhits as soon as they hit the screens.

The film ‘Masoom’ came in the year 1983. This film got a lot of love from the audience. This film made a different place in the hearts of the people, and they love to watch this film even today. The problems of adopted children are shown in this film. Naseeruddin Shah, Shabana Azmi, Supriya Pathak and Jugal Hansraj are seen in lead roles. The song ‘Lakdi Ki Kathi’ of this film became very famous, and it is still in people’s minds.

The film ‘Taare Zameen Par’ was released in the year 2007. This film won the hearts of not only children but also adults. Aamir Khan was seen in an important role in this film. On the other hand, talking about the story of this film, it has been shown that every child is special in itself. Every scene of this film was a hit.

The film ‘Stanley Ka Dabba’ was released in the year 2011. The film got tremendous responses on the screen. Your eyes will become moist after watching this film. This film will not only entertain you but also give you a life lesson. If you have not seen this movie, then you must watch this movie once with your children.

Although many films were made in cinema, ‘Chillar Party’ has created a different identity of its own. This is a family drama film produced by Milak by Nitesh Tiwari and Vikas Behl. The film depicts a group of orphans who raise their voices against injustice, fight for life and win. This film has also received the National Award.

I Am Kalam is the first movie made in India by a development organisation, and it is a Smile Foundation production. It chronicles a young boy’s battle to realise his goals and push the bounds of possibility.

The moral of the story is the value of eradicating social injustice and educating the underprivileged. The main character, Chhotu, has difficulties in the movie, which is set in Bikaner, Rajasthan. It exemplifies both the hardships faced by the nation’s millions of such kids and how society perceives them.