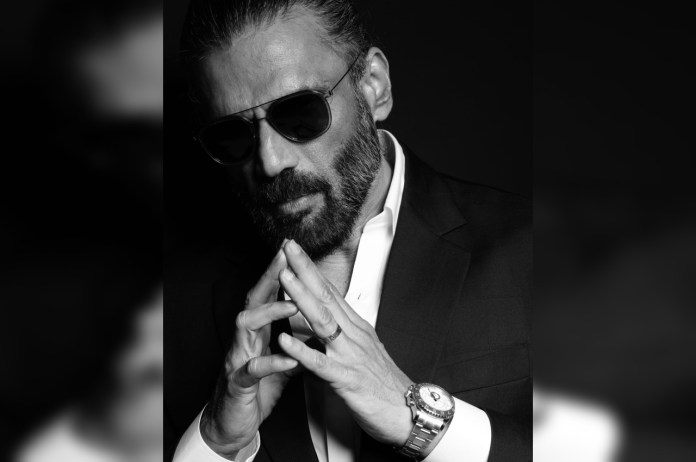 New Delhi: Bollywood superstar Suniel Shetty has given some unconventional roles on the silver screens that cannot be easily forgotten. The actor has been away from Bollywood for quite a few years but he has successfully forayed into the South film industry by playing several versatile roles. Today, the superstar is celebrating his 61st birthday. On this special occasion, let’s take a look at his latest releases.

This movie is a sports drama film helmed by Kiran Korrapati. In this, he played the role of Vijendra Sinha. The movie also stars Varun Tej, Saiee Manjrekar, Jagapathi Babu, and Upendra in pivotal roles.

2. Marakkar: Lion Of The Arabian Sea

This movie is a Malayalam epic period war film that was released in 2021. The movie stars Suniel Shetty as Chandroth Panicker, Mohanlal, Manju Warrier, Keerthy Suresh, and Arjun Sarja.

This is a techno-thriller movie starring Kajal Aggarwal, Suniel Shetty, Navdeep, and Naveen Chandra in lead roles. Helmed by Jeffrey Gee Chin. In the movie, Suniel was seen as ACP Kumar. This movie is based on true events.

This Tamil action thriller movie is directed by AR Murugadoss and features Rajinikanth, Nayanthara, Nivetha Thomas, and Suniel Shetty. The plot of the movie is based on the life of Aaditya Arunasalam, the commissioner of Mumbai Police.

This sports drama movie features Kichcha Sudeepa, Suniel Shetty, and Aakanksha Singh in the lead roles. The movie was released in 2019, helmed by S Krishna. The movie portrays the life of an orphan namely Krishna who is raised by the owner of a gym.

On the work front, Suniel Shetty will next be seen in the movies Helloo India, Dharavi Bank and Hera Pheri 3.