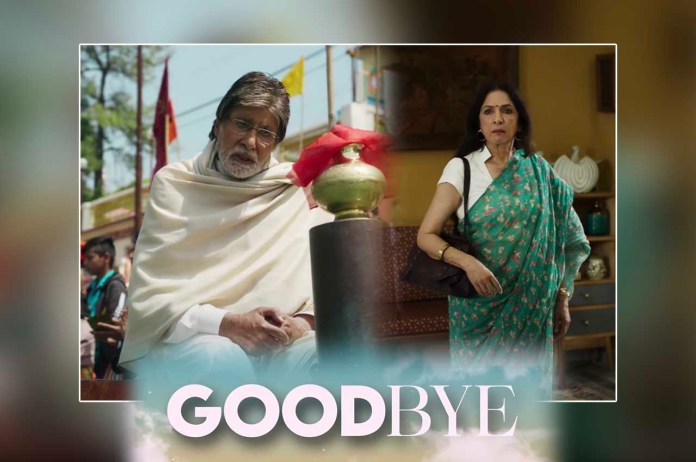 New Delhi: The most-awaited family drama ‘GOODBYE’ starring Megastar Amitabh Bachchan and National Crush Rashmika Mandanna’ has been garnering tremendous love since its inception. The enchanting dramedy is connecting directly to the audience’s hearts and the audiences are eagerly waiting to watch the heartwarming journey of grief, love, and self-discovery magnificently depicted by the Bhalla family.

After elevating the audience’s excitement day by day through the teaser and trailer, the makers of the film released the most soulful track from their album – Chann Pardesi. The song showcases the beautiful chemistry between Amitabh Bachchan and Neena Gupta. After 40 years of working in the industry this is the first time veterans Amitabh Bachchan & Neena Gupta will be seen on-screen as a couple. The song portrays megastar Amitabh Bachchan reminiscing with a smile on his face and also grieving about the loss of his loved one. The song depicts Neena Gupta’s amusing as well as emotional side and how she always found a way to keep everyone around her happy with utmost care and love.

The song feels like a warm hug on a bad day and it’s sung and composed in the melodious voice of Amit Trivedi and the lyrics are penned by Swanand Kirkire.

Helmed by Vikas Bahl, the story of GOODBYE reminds you of the value of appreciating life and family under every circumstance through a comic lens and also proves the phrase ‘Family Above All’ at the same time.

Produced by Ektaa R Kapoor’s Balaji Motion Pictures in association with Good Co. GoodBye is all set for worldwide release in cinemas on 7th October 2022.