HomeEntertainmentGoodbye: Amitabh Bachchan, Rashmika Mandanna are all for family in new poster

Goodbye: Amitabh Bachchan, Rashmika Mandanna are all for family in new poster 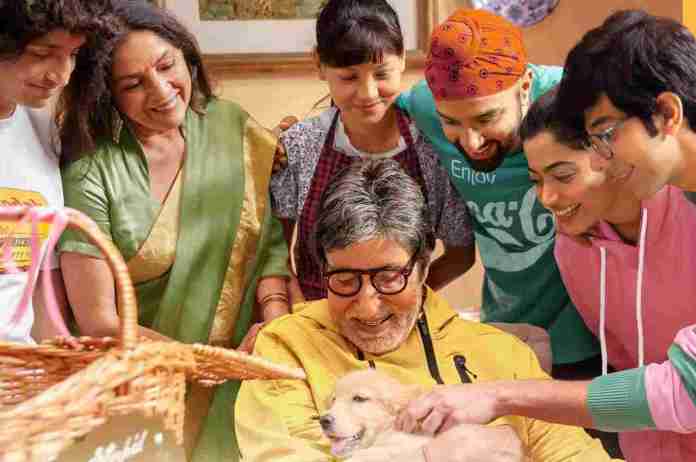 New Delhi: Amitabh Bachchan and Rashmika Mandanna are currently awaiting the release of their upcoming film Goodbye. The film is scheduled to hit theatres on October 7. On Monday, trade analyst Taran Adarsh took to Twitter to share new heartwarming poster of the film.

The first poster of the film was dropped by the makers a few days ago. In the poster, he was seen flying a kite while Rashmika, who will play his daughter in the film, was seen holding the thread behind him. While Big B donned a white kurta and paired it with a blue puffer jacket, Rashmika wore salwar suit. “Family is important. When everyone leaves you, it is family that remains,” he wrote in Hindi. “Goodbye releasing in cinemas near you on October 2022!” he added.

Over the weekend, Rashmika shared the first poster of the film and wrote, “Papa aur main, aa rahe hai aapke family se milne on 7th October! Goodbye.” The film has been directed by Vikas Bahl and it has been produced by Ekta Kapoor.

Talking about Goodbye, the film’s shoot had begun last year and photos of Amitabh Bachchan playing with a pet on the sets had gone viral. The film also stars Neena Gupta and Pavail Gulati apart from Senior Bachchan and Rashmika.

Amitabh Bachchan has a number of projects in his pipeline aside from Goodbye. He will next be seen in Ayan Mukerji’s Brahmastra along with Alia Bhatt and Ranbir Kapoor. He will also star in The Intern Hindi remake with Piku star Deepika Padukone.

Rashmika Mandanna, too, has her kitty full of projects. The actor will feature in Mission Majnu with Siddharth Malhotra. She will also share screen space with Ranbir Kapoor in Sandeep Reddy Vanga’s Animal. The actor is also expected to feature alongside Tiger Shroff in Screw Dheela.