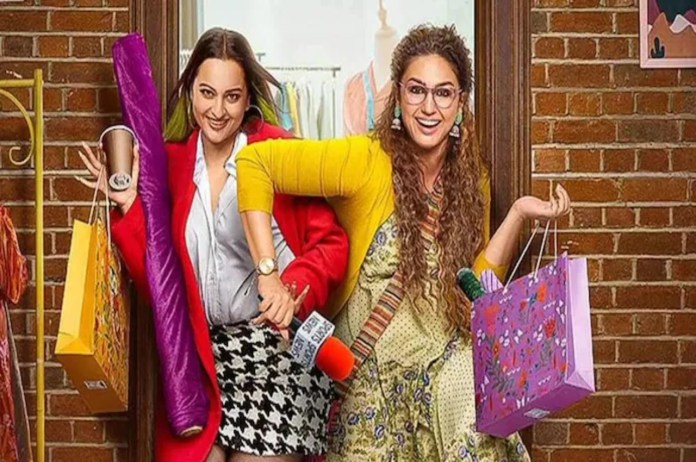 Sonakshi Sinha and Huma Qureshi’s Double XL only made Rs 25 lakh on Day 1 of its release, according to trade reports. The figures indicate that fewer than 50,000 people saw the movie in theatres. Also, less than 10% of Double XL rooms were occupied. The movie needed to have a direct OTT release.

According to Box Office India, “Mili and Double XL opened to horrible collections with Mili being better of the two. Mili and Double XL are both female orientated films and both in that concept / content zone which sometimes had takers before the pandemic but its a huge struggle today. These films are now for streaming but the problem is the streaming giants want a theatrical release so the films are just released for the sake of it when it is known they will not collect.”

Rajshree Trivedi from Meerut and Saira Khanna from New Delhi are two plus-size women who are followed on their journey through society’s beauty standards in the movie Double XL. Sonakshi Sinha, Huma Qureshi, and Zaheer Iqbal feature in the movie. Satram Ramani is the director, and Musassar Aziz and Sasha Singh wrote the script.