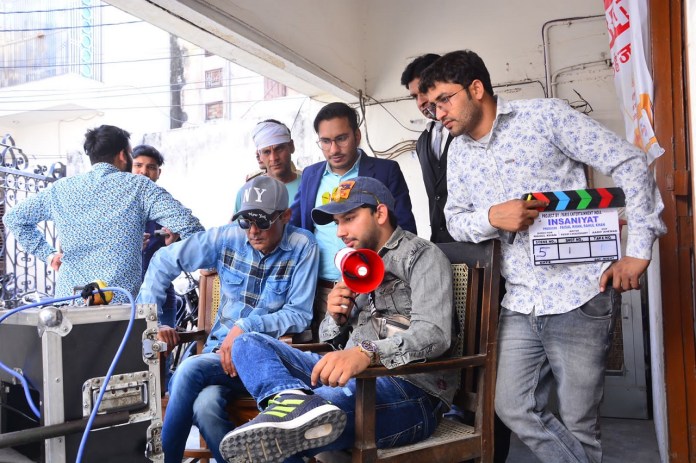 Acclaimed director Rahul Khan earned a lot of fame and love with his first film Beti Hindustan Ki. Now Rahul along with USA-based producer Faisal Khan is all set to bring a new film titled Insaniyat which is sure to move the audience with its subject and treatment. Starring brilliant actor like Fasih Chaudhary in lead along with critically acclaimed actors like Sahil Chaudhary and Faraaz Chaudhary and Aakib Bilal, the film has a hard-hitting story based on the pandemic time and its deep impact on the lives of people. The movie also highlights the religious harmony of India as it talks about the brotherhood of Hindus and Muslims. What’s more exciting is that the film will soon release on a big OTT platform.

After winning hearts with his movie Beti Hindustan Ki, Rahul announced Insaniyat earlier in January this year. Opening up about the same, Rahul mentioned that the team is very excited to kickstart Insaniyat. Shedding more details about the film now, Rahul reveals that the film’s story is about an aged man who is having troubles amid pandemic. As a young boy meets him, he resolves to help the aged man despite facing difficulties himself.
Speaking about how the idea hit him, Rahul said that watching the stories of people who were impacted badly by the pandemic got him thinking. As he observed families going out of their way to help others, it inspired him to represent such families through a film.

Rahul Khan is a reputed name in the entertainment industry and has previously contributed to superhit TV shows like Porus, Mahakali – Anth Hi Aarambh Hai, and others. Insaniyat has been majorly shot in Delhi and Uttar Pradesh. Rahul also talked about the challenges the team faced while shooting for the film and said, “Shooting in the remote areas did pose some challenges for us.”