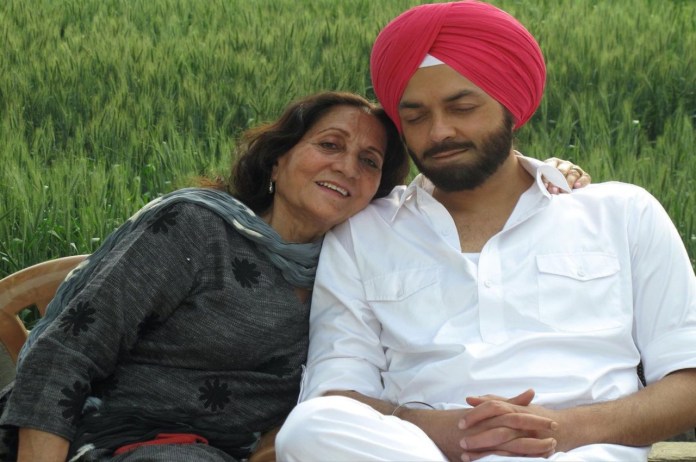 New Delhi: Actor Bobby Deol, has shared an unseen photo with his mother Prakash Kaur. The cute bonding between mother-son can be seen in these photos. On the set, Prakash went to meet Bobby, after which the actor shared photos on his Instagram. These photos are winning the hearts of the fans. Bobby is the son of Dharmendra and his first wife Prakash Kaur.

In the photo, Bobby Deol is wearing a pink colour turban and a white kurta-pyjama. Mother Prakash Kaur is sitting nearby. Prakash Kaur is seen smiling in front of the camera. In the second photo, both are seen talking about something. While sharing the photos, Deol wrote, ‘Love you mother’, with red heart emojis.

Celebs are commenting on these photos of him and showering love on Prakash Kaur. Apart from this, the comments of the fans are also special. One fan wrote, ‘Prakash Kaur looks very much like Sunny Paji.’ Another fan praised Bobby Deol and wrote, ‘Paaji looks great in a turban.’ Bobby Deol is cureently busy shooting for his next project in Punjab along with Prakash Kaur.

A few weeks ago, Bobby Deol shared a photo with father Dharmendra and brother Sunny Deol while giving a treat to the fans. It also became very viral on social media. Bobby Deol had told in the caption of the photo that life only teaches you how to love. It is very sweet. The only way to be happy is to love and be loved.

He made his acting debut in the year 1995 with the film ‘Barsaat’. His hit films include ‘Soldier’, ‘Badal’, ‘Scorpion’, ‘Aur Pyaar Ho Gaya’, ‘Ajnabee’, ‘Humraj’ and many others. Recently, he had a grand party with Kajol to celebrate the completion of 25 years of the film ‘Gupt’.

New Delhi: Maruti Grand Vitara prices have been revealed for the Indian market. The...