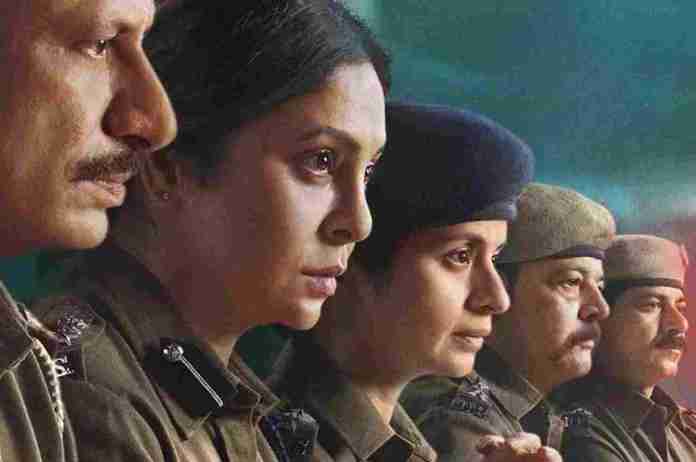 New Delhi: Shefali Shah reprised her role as tough cop Vartika Chaturvedi in Delhi Crime Season 2. The first season of the Netflix series was hugely popular and critically acclaimed, and it also won India’s first-ever International Emmy. The new season, like the previous one, revolves around another heinous crime that Vartka must solve in a race against time.

In season 2, the cops are on the hunt for a sinister gang of criminals known as the kachha-baniyaan gang. Talking about the show, Shah told Hindustan Times, “I get to delve deeper into her.” Season one featured a crime that shook the entire nation and the world, as well as how this team responded to it. It is not as simple in this case because there is a crime, as well as suspects and evidence. It’s amazing how much introspection there is here. The line was very clear in season one. There was no shifting of the moral compass. It’s not quite that simple here. It’s far more complicated.”

Also Read :- Signs song out: The first piece from Guru Randhawa’s album ‘Man of The Moon’ is lit

On Friday morning, the show starring Shefali Shah began to trend as people across the country eagerly awaited its premiere. Netizens praised Shefali’s performance and called the show a “outstanding seesaw of emotions” after watching it.

#DelhiCrimeSeason2 is a super duper thriller! Couldn't stop watching till the end in one go. @ShefaliShah_ is an actor par excellence. What a show! Beyond amazing! @NetflixIndia

got done with #DelhiCrimeSeason2 man it showed the gruesome murder scenes and it gives you goosebumps. so raw and real. @ShefaliShah_ is as excellent as always, a fan for life. Rajesh tailang is such a natural actor.@TillotamaShome was the suprise element truly!!! worth the wait

#DelhiCrimeSeason2 Riveting & Gripping Watch with it's crisp run-time of 3+ HRS(5 EP's) A Worth a Watch Sophomore season for the International Emmy Award Winner ! Shefali Shah shines as DCP-Madam Sir along with credible cast & crew who give their Best Performance's !

Vartika Chaturvedi is the hero we need. #DelhiCrime is an outstanding seesaw of emotions; a nuanced portrayal of conflict. Brand DC is the real deal. My review of one of the best Indian crime dramas #DelhiCrimeSeason2 on @NetflixIndia https://t.co/VmRoswTccU #shefalishah #Netflix pic.twitter.com/j8id14YvS5

Season 2 is out and and it's Amazing🔥 brilliant acting by whole crew , Previous season got Emmy award,
Shefali Shah , What a Performance ❤️
Waiting for season 3#DelhiCrime #DelhiCrimeseason2 #Netflix @NetflixIndia @ShefaliShah_ pic.twitter.com/d7Va69YlKH

The only web series which shows the reality after every crime happened!!! #DelhiCrimeSeason2 #emmyawardwinner💥 https://t.co/pI67fnuPml