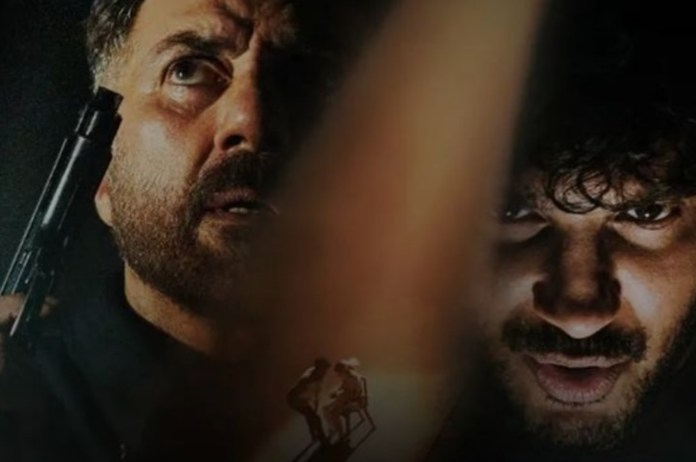 New Delhi: Chup: Revenge of the Artist, a thriller starring Sunny Deol and Dulquer Salmaan, has been doing reasonably well at the box office.

The R Balki-directed picture and Kookie Gulati’s Dhokha Round D Corner competed against one another. Due to National Cinema Day’s discounted ticket prices, Chup benefited greatly. The film explores the suffering experienced by an artist who receives unfavourable feedback and reviews. Day 4, September 26, Chup had a respectable day of business. The movie did particularly well because many locations just charge Rs 100 for tickets.

The R Balki-directed film experienced a “heathy” decline in its Saturday take of Rs 1.85 crore after earning Rs 2.85 crore on Friday. Nevertheless, the movie gained momentum on Sunday and brought in Rs 2.25 crore, as reported by Bollywood Hungama.

Chup has made about Rs 7 crore thus far at the box office, and the producers’ choice to reduce ticket prices for the first four days of Navratri will probably have a good effect on Chup’s box office.

The James Cameron remake of Avatar, whose ticket sales have been on the upswing, and Ayan Mukerji’s thriller Brahmastra are other competitors for audiences’ attention. Upon its re-release, the movie brought in $30 million globally, with $20 million coming from overseas sales.

The real test for Chup will start on Monday, when it will be determined how well it can stay up with its high-budget competitors. Dulquer Salmaan, Sunny Deol, Pooja Bhatt, and Shreya Dhanwanthary play major parts in the R Balki-directed film Chup.

Dulquer Salmaan, Sunny Deol, Shreya Dhanwanthary, who gained notoriety with Scam: 1992, and Pooja Bhatt, who most recently had a huge comeback with Bombay Begums, are the stars of Chup’s star-studded cast. R. Balki is the author and director of Chup. The release date for Chup is set for September 23, 2022. The film is directed by Dr. Jayantilal Gada (Pen Studios), and Pen Marudhar handles distribution throughout all of India. The crew includes music directors Amit Trivedi, Sneha Khanvilkar, and Aman Pant as well as cinematographer Vishal Sinha. Pranab Kapadia and Anirudh Sharma are co-producers of the film.