Meanwhile, the advance booking for this movie opened now and has sold out 622 tickets till now. 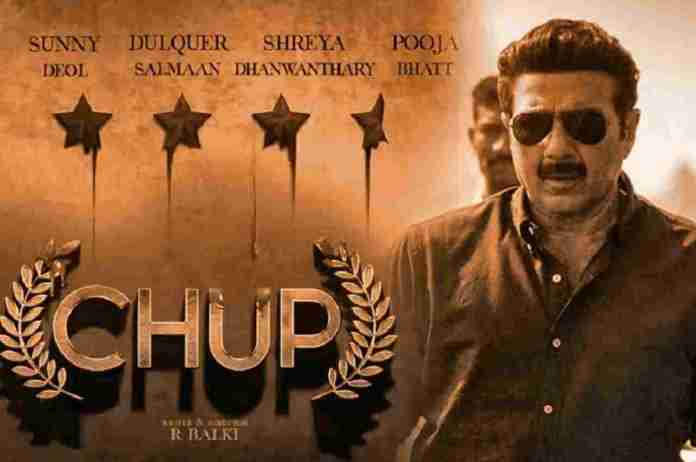 New Delhi: R Balki’s crime thriller Chup is all set to hit the theatres on September 23. Its release date coincides with National Cinema Day when more than 4000 screens will have tickets selling just at Rs 75.

Having said that, Sunny Deol, Dulquer Salmaan, and Pooja Bhatt starrer might see an upper hand in terms of footfalls. At this price, footfalls are expected to increase and will be beneficial for new releases on this day.

Meanwhile, the advance booking for this movie opened now and has sold out 622 tickets. According to Sacnilk, Chuo: The Revenge of the Artist has collected almost Rs 50 thousand gross in its first day of advance booking.

Following the first-of-its-kind announcement of a special ‘free of cost’ viewing of R Balki’s ‘Chup’ for the audience across different cities of the country on 20th September, the makers of the highly-anticipated romantic psycho-thriller are elated about the overwhelming response to the movie, as the tickets got sold out in mere 10 minutes post its booking on ‘book my show’.

For the first time ever, the makers of ‘Chup’ featuring Sunny Deol, Dulquer Salmaan, and Pooja Bhatt, had organised a special public ‘free of cost’ viewing of their movie for the audience 3 days before its release and before the film critics, across 10 cities of the country. The remarkable thought of scheduling a special freeview of a movie received spectacular response by the movie buffs in cities including Mumbai, Pune, Ahmedabad, Delhi, Lucknow, Gurgaon, Jaipur, Kolkata, Bangalore, and Hyderabad on 20th September. Interestingly, for the first time ever, the audience will get to see a film before anybody else!

Also Read: R Balki’s special freeview of ‘Chup’ sold out in 10 minutes across the country!