Chakda Xpress: Anushka Sharma shares a ‘moment’ from Jhulan Goswami biopic that ‘needs to be told’ 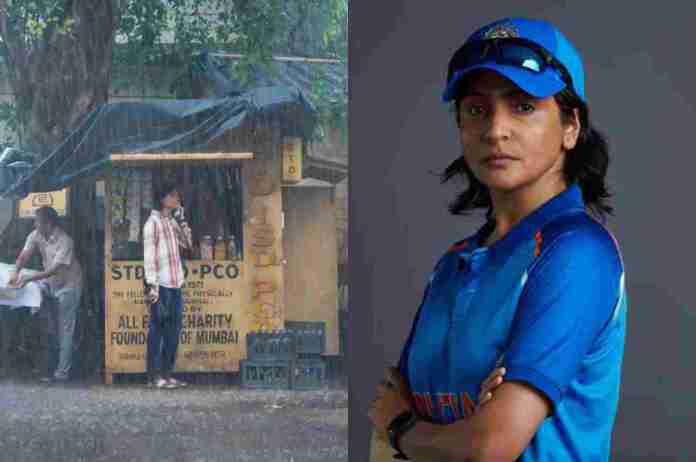 New Delhi: Anushka Sharma is currently shooting for her film Chakda Xpress. The film will mark Anushka’s acting comeback after four years. She was last seen in 2018 film Zero with Shah Rukh Khan and Katrina Kaif. Chakda Xpress, bankrolled by Anushka’s production house Clean Slate Filmz itself, was announced earlier this year. The film is based on the life of former India Women Cricket Team captain Jhulan Goswami.

Anushka has been sharing glimpses into her shoot life on social media. Taking to her Instagram space on Wednesday, Anushka Sharma shared a new pic dressed up as her character from the film. The still has Anushka Sharma making a phone call at a local PCO while it rains cats and dogs. Going by her facial expressions, the situation doesn’t appear pleasant. Sharing the picture, Anushka wrote, “A moment from a story that needs to be told!” Directed by Prasit Roy, Chakda Xpress will have an OTT release on Netflix. The makers are yet to announce the release date of the film. Check Anushka’s post below:

Anushka had shared the teaser of the film in January. Announcing the film, Anushka had penned a lengthy note, calling it all things ‘inspirational’. “From support systems, to facilities, to having a stable income from playing the game, to even having a future in cricket – very little propelled women of India to take up cricket as a profession. Jhulan had a fighting and extremely uncertain cricketing career and she stayed motivated to make her country proud. She strived to change the stereotype that women can’t make a career out of playing cricket in India so that the next generation of girls had a better playing field. Her life is a living testimony that passion and perseverance triumphs over any or all adversities and Chakda Xpress is the most definitive look into the not so rosy world of women’s cricket back then. There is still a lot of work to be done and we have to empower them with the best so that the sport can flourish for women in India,” an excerpt from her post read.