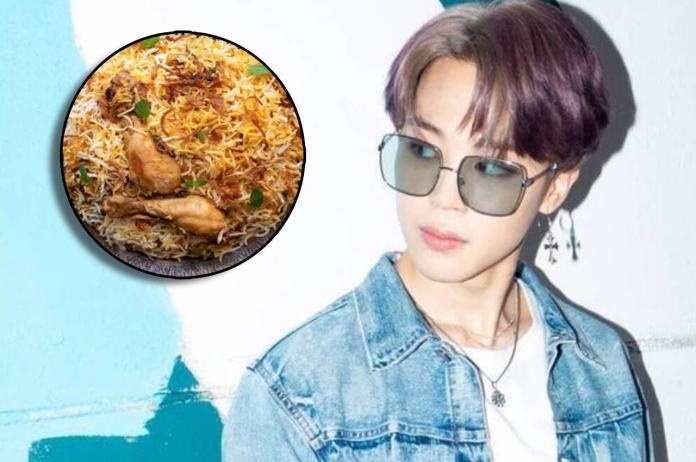 New Delhi: South Korean boyband BTS share a special bond with their fans called ARMY. The septet, once in a while, make appearance on WeVerse to spend some time with ARMY. Recently, BTS’ Jimin had a fun time talking to friends on the app. Not only Jimin read fans’ messages, he also responded to a few. This time round, some Desi Army(s) also caught his attention who shared food suggestions with their favourite idol. Much to Indian fans’ surprise, Jimin already knew about biryani.

One fan asked Jimin to eat biryani, saying it tastes so good. To this, Jimin answered, “Oh, I see it’s Indian food.”  Jimin further wrote, “I wish somebody could make food for me, it’s so troublesome to clean it up after.” This caught Jin’s reaction who then exchanged a friendly banter with his band member. Jin helpfully answered, “Should I make it for you?” Jimin, however, missed Jin’s reaction and wrote back, “Why are you ignoring my comments?” To which Jimin answered, “I just saw it now hyung (brother).” Jin, being his funny self, wrote, “If you apologise now, I’ll let you go.” Jimin, on a light note, apologised and said that he was having a meal.

Meanwhile, Twitter went bonkers after Desi Armys came to know that Jimin knows about biryani. In fact, at one point, “biryani” even started trending on Desi Twitter, all thanks to Jimin. Check out how Twitter is reacting:

going to the kitchen to make biryani for my husband, jiminpic.twitter.com/fkjQwa7vXN

Le desis after jimin mentioned he knows about biryani pic.twitter.com/uPaS6bmd2I